Prof. Joshua Alabi a 2020 opposition NDC’S flabearer hopeful has ended phase two of his campaign tour to the Eastern Region.

Phase two of the tour took the campaign team of the former UPSA Vice Chancellor to several places in the region including the Akyem Oda the Akyem Swedru and Achiase Constituencies, Upper West and Lower West Akyem Constituencies and Akwatia and Kade Constituencies.

Others include Afram Plains North and South Constituencies among others.

Prof. Alabi and his campaign team met with various branch executives of the party who form majority of the delegates in the party.

In the phase one of the campaign, Prof. Alabi and his team met with the regional and constituency executives of the party. 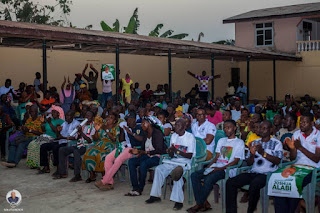 Speaking to the Evening News, Mr. Benjamin Essuman, an aide to the Alabi Campaign said the response has been ‘massive’ so far. He said the people welcomed Alabi’s message of hope and transformation. “The response was great. Even places where we got there late, the people were there in their numbers waiting for us in the night  The message of hope and transformation has been bought very well.” He said. 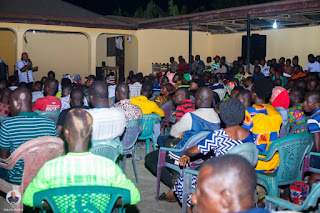 John Mahama’s Campaign
Meanwhile the former president Mr. John Dramani Mahama who is also aspiring for the same position(flagbearer) is expected to begin his campaign in the Region on Monday. He is expected to begin the campaign from the Akuapem area and will visit all constituencies in the region.

Mr. Mahama, unlike Prof. Alabi is expected to meet with all members and supporters of the party.

We didn’t elect ‘weak’ Mahama for you: NPP replies NDC over...

All Tertiary Institutions Undergo Disinfection Ahead Of Reopening