The Managing Director of the Ghana Airport Company Limited, Mr. John Dekyem Attafuah, has been sacked from his position with immediate effect.

This follows reports of him being autocratic in his dealings with the staff and allegations of him sabotaging the initiatives of government within the Ghana Airport company.

The appointment was confirmed in a statement dated March 20, 2017, by the Ghana Airports Company Limited. 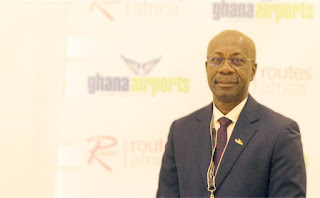 Mr. Attafuah until his appointment, was the Managing Director of Virtual Access Limited; a market research company.

He is a staunch member of the NPP, and served as the head of the National Petroleum Authority under President Kufuor between 2005 and 2009.

He has over 30 years experience in the Energy, Services, Information Technology (IT) and Pharmaceutical industries.

Mr. John Dekyem Attafuah holds a degree in Computer Science and Statistics, from University of Ghana, Legon, and a Master of Science degree, in Systems Development, from Trinity College, Dublin, Ireland.

According to reports, workers at the Ghana Airport Company welcomed the news of the sacking of their boss with extreme enthusiasm as the euphoria was so high upon the breaking of the news.

READ MORE:  John Mahama Behave Yourself - You are not Wise

His deputy, Mr Yaw Kwakwa, is expected to act until a substantive director is appointed.

Meanwhile, the president has directed that the GAGL Board should be dissolved with immediate effect.

Thinklab – Building a startup team to fix science and government

Covid: Dalai Lama urges others to get vaccinated as he receives...

Why the integrity of the 2020 election matters