The Deputy National Youth organiser of the ruling New Patriotic Party Ms. Perpetual Lomokie Akwada has stated that Ghanaians will never make the mistake again by gambling with their future.

According to the NPP deputy youth boss, Ghanaians will go to all extent to secure FREE SHS, Stable Power Supply, NABCO, Teacher And Nurses Training Allowance, NEIP, safe and secured financial sector among other good policies of the Nana Addo Dankwa Akufo-Addo administration by voting to maintain the government in 2020.

Ms. Akwada was responding to a facebook post by the National Youth Organiser of the opposition National Democratic congress, Mr. George Opare Addo that sought to ridicule the NPP youth wing’s campaign strategy used in the Ayawaso West Wuogon Constituency over the weekend ahead of the constituencies by-election later this month. 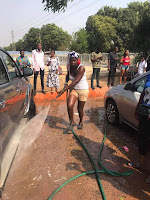 Car washing was one of the instrumental campaign tools the NPP’s Loyal Ladies used in the run up to the 2016 general elections.

Ms. Akwada who was the former National President of the Loyal Ladies before her appointment as the deputy National Youth Organiser decided to replicate the gesture at the national youth wing. 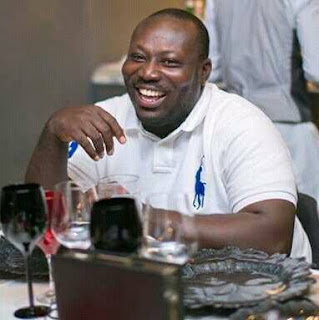 But in an attempt to mock the car washing campaign strategy of the NPP, Mr. George Opare Addo posted that “instead of the NPP honouring its promises by providing factories for the unemployed youth, they have gathered young people led by its youth wing to wash cars.”

READ MORE:  Nigeria: Bird Turns Into Human Being After Being Betrayed By Prophet TB Joshua

Mr. Opare Addo stated that “voters have learnt to see through these tactics that serves only the political class and pretend to care about the people” adding that “ we hope the NPP Youth wing will learn to drive their campaigns by policy propositions and not by washing cars.”

Ms. Akwada’s Response
But in a sharp response to the Mr, Opare Addo post, Ms. Akwada stated “Opare Addo and his party seemed dazed and confused from the vibrancy of the NPP youth wing. They were hoping apathy within our ranks will enable them to sneak into power.”
She said “Let them know that we will NEVER go to sleep and allow their incompetent team to mess up our future.”
“We will go to all extent to secure free shs, stable power supply, NABCO, teacher and nurses training allowance, NEIP, safe and secured financial sector etc.” She added.

Alajo coup: Govt must ask Rawlings what a coup is –...

Utah Jazz to be sold for $1.6 billion

Ivory Coast and Morocco qualify for Cup of Nations finals