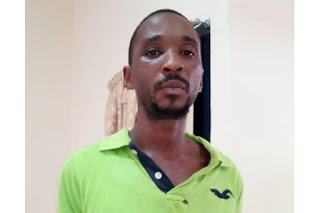 Parents of some teenage girls who were kidnapped in Takoradi in the Western Region are appealing to government to help them find their children.

They say the police are not doing enough to help find their daughters and want government’s intervention to help locate them.

Speaking to the media, Comfort Arhin, 56, says her 18-year-old daughter who was kidnapped at ‘BU’ Junction more than a month ago, has yet to be found although the alleged perpetrator has been arrested.

Nigerian-born Samuel Wilson Udoterg was arrested for allegedly masterminding the kidnapping of Ruth Quayeson and many other teenage girls in Takoradi and its environs. He has since broke out of jail only to be recaptured.

Ruth’s mother recounted how her family scrambled around to raise ¢1,200 for the kidnappers who initially demanded ¢10,000.

He told Joy News in an interview that he is baffled that the police, even after arresting the perpetrator, was unable to compel him to disclose the whereabouts of his niece and the other young girls he had kidnapped.

“I will never understand that in this nation a foreigner can come and do whatever they want. I don’t understand. The police and CID [Criminal Investigations Department] have to wake up.

“We cannot sit on this issue. It has been a month or two and the culprit is at hand…so what do we do now,” Mr Turkson queried.

He wants the culprit tortured until he discloses the location of the girls. He rubbished police calls for the parents to be calm while they work to get their daughters back.

Another parent whose 15-year-old daughter was kidnapped in December 2018 fears his daughter might be dead.

Priscilla Mantsebea Koranche’s father says his daughter’s dress and scarf were found when the kidnapper was arrested and that gives him no hope of ever finding his daughter.

“I don’t believe my daughter is still alive because how can they find her dress but not my daughter,” he told Western regional correspondent Ina-Thalia Quansah.

Deepak Ahuja will Join Zipline as its Chief Business and Financial...