The General Secretary of the opposition National Democratic Congress (NDC), Mr Johnson Asiedu Nketiah has discounted the claim that a mere meeting between the NDC and the New Patriotic Party (NPP), could help solve the menace of political vigilantism in Ghana.

According to him, the impression created by President Akufo-Addo in his 2019 State of the Nation Address that, the way forward to solve the menace was a meeting between the two leading political parties was wrong.

“When the state security is neutral, then they can now be used to implement the laws that already exist against the formation of private army, private vigilantes and so on,” Mr Asiedu Nketiah stated in a radio interview on Accra based Citi FM Thursday evening, whilst reacting to the proposal by President Akufo-Addo in the State of the Nation Address (SONA).

To Mr Asiedu Nketiah, President Akufo-Addo has lost control “and thinking that somehow when two political parties meet, then they can enforce the laws of the country. I feel so disappointed.”

“The impression I get is that, here, we are with a president who actively participated in recruiting and training of vigilante groups, trained in state facilities, armed with state resources and are moving around in state vehicles, and in effect, embedding his own party vigilante into the state security and now distances himself from the problem and is now calling for two powerless political parties to go and meet.”

He said this was just “something to demonstrate to the international community that something is being done but the reality of the situation is that, vigilantes have done so much harm, and there is sufficient evidence there for state security to take action and state security is dragging their feet and claiming openly that their hands are tied by government.”

“And so we believe that instead of calling a meeting of two political parties to talk about vigilante, he [President Akufo-Addo] should act and allow the state institutions to act.”

“It must begin from the president taking action to cleanse the state institutions of these vigilante elements because, he has recruited so many of them and embedded party vigilantes within the state security,” Mr Asiedu Nketiah alleged.

He based his argument on what he said was evidence unfolding at the Emile Short Commission of Inquiry into the Ayawaso West Wuogon by-election shooting incident where he said some police officers have explained that “even the vehicles which have been labelled as Ghana Police, the police are saying they don’t own those vehicles and don’t know where the vehicles are coming from.”

READ MORE:  Easter must not end with injuries and deaths-Kate Gyamfua

“Now if you are faced with a security person, you are not able to distinguish between who a vigilante is and who a proper state security personnel is. So this cannot be solved by a meeting of political parties, NPP, NDC because we don’t have the power to cleanse the state security of these elements.”

“So I would rather prefer that the president will take action to cleanse the state security of these vigilante elements, then when the state security is neutral, then they can now be used to implement the laws that already exist against the formation of private army, private vigilantes and so on.

No need for legislation

“I want to believe that a meeting of NDC, NPP will not solve anything and the president’s threat of legislation is also not going to solve any problem because there are sufficient laws in the country now that can deal with this problem,… what is lacking is the political will on the part of the president.”

President Akufo-Addo on Thursday called on the leadership of the NDC and the NPP to help find a lasting solution the menace of political vigilantism in Ghana.

According to the president, citizens and future generations would not forgive the current leaders, if they sit aloof for the country’s peace to be undermined by politically related violence.

He said he has personally asked the leadership of the NPP to write to the NDC so that they could together plan a meeting, possibly, next week to find ways to end the increasing threats of political vigilantism in Ghana. 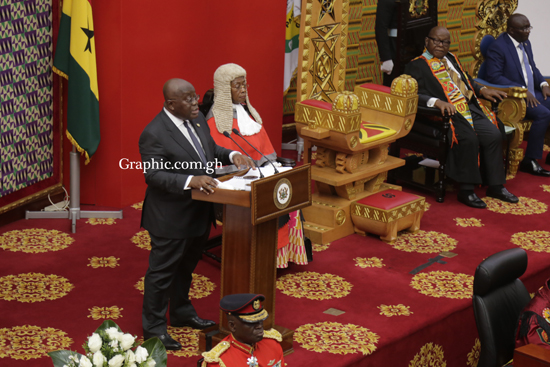 Responding to a question on whether or not the NDC would honour the invitation to the meeting on political vigilantism, Mr Asiedu Nketiah said: “We think that this meeting must happen between the government and the political parties.

”The government cannot be out of this meeting, because these vigilante people have been embedded in the state security and are being paid with state resources and they are moving with state weaponry and so on, so if two political parties meet in a discussion, it doesn’t solve the problem, those who are there masquerading as national security operatives, illegal standing army in the national security… how is anybody going to disband them… should that be solved by a meeting of NPP, NDC,” he questioned.

“The security people themselves, they have come to disown those people who have gone wrong perpetuating this crime and so they have been exposed now as people who don’t belong to the state security… so let the president disband that one, disarm them and let us go and meet and talk about how to deal with those who are not armed within the political parties

2021 Ramadan to begin on Mid-April

We did note vote at Midnight , Ejisu NPP Executives charge...

Ghana to receive 1.5 million doses of AstraZeneca vaccine from Germany

Number of Free SHS Beneficiaries to hit 1.2m this year