The Black Stars of Ghana have left their base in Ismailia Suez, where they are billed to play Guinea-Bissau in a must-win last Group F encounter at the 2019 Africa Cup of Nations in Egypt.

Group F had been based on Ismailia but because both last group matches have to be played concurrentl, Ghana’s game with Guinea Bissau has been moved to Suez, a 2 hour drive from Ismailia.

Kwesi Appiah’s men are winless in their first 2 matches drawing 2-2 with Benin in their first game before playing out a 0-0 result with Cameroon on Saturday.

Ghana must now beat Guinea Bissau to progress to the round of 16.

Appiah is also sweating over the fitness of Christian Atsu who pulled out with a Muslim problem just 15 minutes into the Cameroon game.

He was sent for scans on Sunday to ascertain the extent of the injury.

Ghana will be without center back Kassim Nuhu after the Hoffenheim defender accumulates two yellow cards which ruled him out of the game against Guinea Bissa. 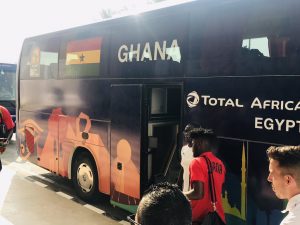 The news will come as a massive blow for Appiah, especially because Nuhu has been arguably Ghana’s best player at the competition. 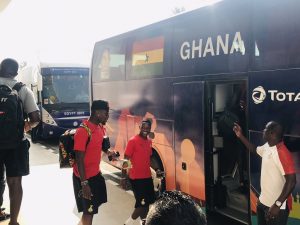