The Director-General of the Ghana Health Service (GHS), Dr. Anthony Nsiah-Asare has reacted to former President John Dramani Mahama’s claim that he sent female students to Cuba for training as gynaecologists so as to enable them to handle gynaecology cases of female patients who feel uncomfortable with male doctors.

But in a quick response, Dr Nsiah Asare has stated that the records available do not buttress Mr. Mahama’s claims and that there was no student from the batch which has just returned from Cuba who was trained in gynaecology.

Former President John Dramani Mahama speaking at the Al Sunna Eid Prayers on the occasion of Eid ul Adha at the Efua Sutherland Park in Accra on Sunday, August 11, 2019 said he deliberately selected female Muslim students whilst President to be sent to Cuba and trained in gynaecology in other to be able to review their fellow Muslim women who have difficulty to consult male gynaecologists when they have to go and consult medically for their reproductive health. 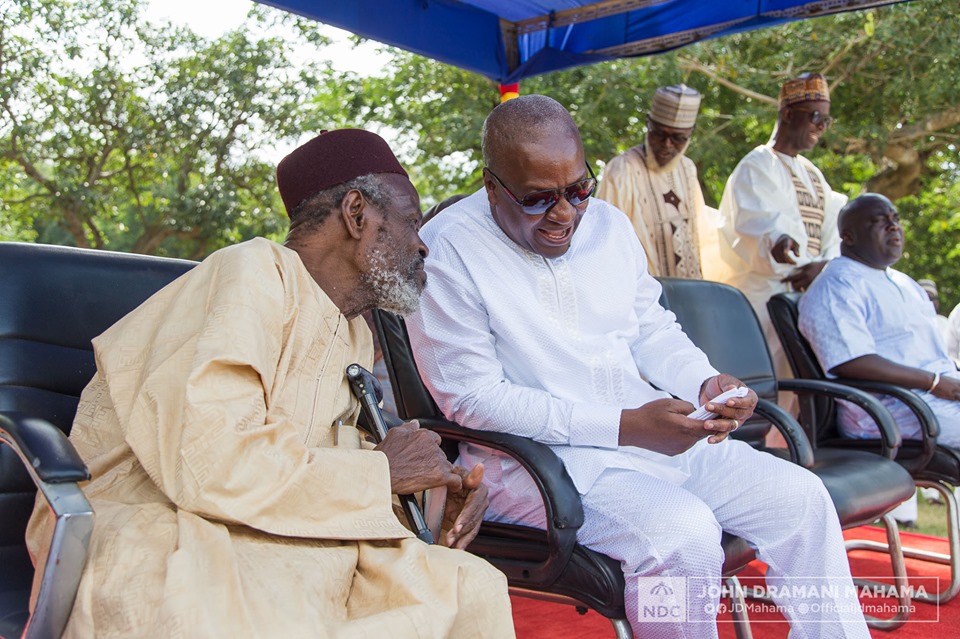 Mr. Mahama stated, “About six years ago, when we got scholarships to send some of our children to Cuba to train as doctors, there was something significant we did.”

“We deliberately decided to source girls from Muslim communities to be part of the training, especially in the area of gynaecology. Our Muslim women who have difficulty when they have to go and consult medically for their reproductive health, prefer that a female doctor looks after them.“

“Our plan was to train female doctors from our Muslim community so that when they come back, we can strategically place them. That will make it possible for our mothers and others who want to consult for their reproductive health to have our sisters who have qualified as doctors to be able to look after them.”

However, in a rebuttal to the claim made by Mr. Mahama, the Director-General of the GHS, Dr. Anthony Nsiah-Asare said the records available do not buttress Mr. Mahama’s claims and that there was no student from that batch who was trained in gynaecology.

“No student was trained in gynaecology from the batch sent to Cuba then as claimed by former President John Mahama. In all, there were 217 General Practitioners and two Physiotherapists in that batch.” he said.

“One needs to graduate as a General Practitioner before he or she can even specialise. So it is wrong for the former President to allude that they deliberately selected female students to Cuba to be trained in gynaecology when they had not even been trained as general practitioners” Dr. Nsiah Asare added.

“It is the current government which has sent 30 graduates to specialise in Cuba which is a novelty” the Director-General of the Ghana Health Service concluded.

He said Mr. Mahama’s recent comments on Cuban trained Ghanaian doctors comes as a surprise to practitioners in the health profession since the information he put out are palpable falsehoods.

Perhaps, it is just an attempt by Mr. Mahama to neutralise the potential political effects that the deal secured by Vice President Bawumia to send 40 students to Cuba each year to be trained as medical doctors from the zongos, deprived and inner cities of Ghana, he added.

Vice President Bawumia arranged for this deal when he visited Cuba few weeks ago. Under this arrangement, 40 Ghanaian students, comprising 20 males and 20 females will be trained.

Big Brother Naija: The Week That Was…

List of Finance Houses in good standing after BoG clean-up

Video: Majid Michel on the Sea of Galilee