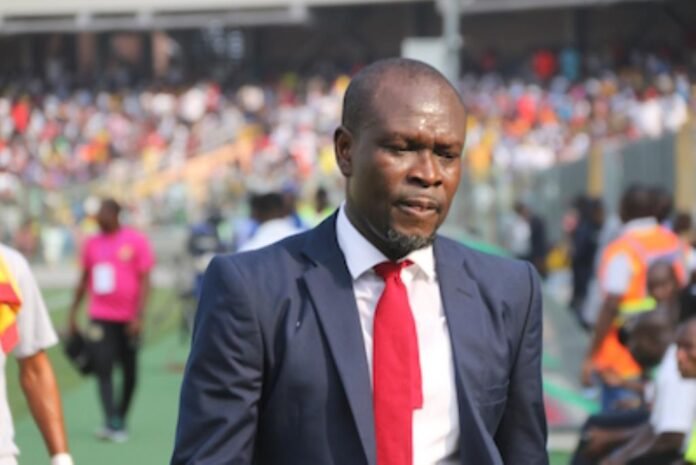 Former Vice President of the Ghana Football Association George Afriyie has accused the current administration of failing to provide the necessary essentials required for Black Stars head coach C.K Akonnor to excel in his position.

Akonnor has been in the position for a year and is currently focusing on qualifying Ghana to the next Afcon in Cameroon.

According to George Afriyie, impediments have been placed in the path of Akonnor thereby preventing him from executing his duties to the best of his abilities.

“I want to tell the FA that they should leave the man to work.

“Everyone knows that Kurt has had a chance to work with CK at a point and was even managing him at some point.

“So if fortunately one of his own has been appointed as head coach of the Black Stars we need to give him all the needed support.

“You cannot send someone out there to perform a duty and expect him to bring results without the needed support.

“What we do for the white man let us do same for our own.

“There are things that I know they are not doing for example before the Nyantakyi administration left power we had ordered two Land Cruisers, one for the FA President and one for the coach.

Why is CK not using his official car.

We had negotiated with honourable Asiamah for an official duty post for the head coach which was continued by Dr. Kofi Amoah so why is the head coach not occupying his duty post?” he quizzed while speaking in an interview with Muftawu Nabila.