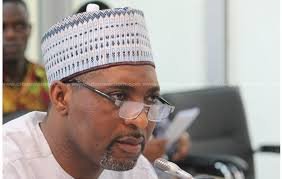 Asawase lawmaker Alhaji Mubarak Muntaka has said he will be able to adduce evidence to support his allegation that a justice of the Supreme Court attempted to bribe some National Democratic Congress (NDC) Members of Parliament to vote for Professor Mike Oquaye during the election of the Speaker for the 8th Parliament.

The former Youth and Sports Minister said the member who was called by the justice is alive hence, the evidence will be made available if it becomes necessary to do so.

There was 1 spoilt ballot.

He told Joy News Sunday January 10 while discussing issues regarding the election of a speaker for the 8th Parliament that “There was one that was led by, I mean so shamefully, a Supreme Court judge [who] called a colleague lady, telling her what they will give her, she has children [and] they will take care of her children; she can take fuel from the filling station for the four years.”

He reiterated his allegation on Citi TV Monday January 11.

He said “The former Majority Leader, the Leader of Government business  over the weekend was accusing the NDC’s side that we were bribing Members on their side.

When asked whether he will be able to adduce evidence to that effect, he said ““Definitely we will provide all those things , the call that he made, the time that the call  was made  and everything is there, so it is not in doubt.

“ If it comes to the probe of  all the things that happened  on that day  I am sure if it becomes necessary  and it comes up,. Obviously  it will be made known , the Member on my side who was approached is alive , she is not dead.”

Meanwhile, a United States-based Ghanaian professor and lawyer, Kwesi Asare, has said the allegations must be investigated thoroughly.

Reacting to this development, Prof Asare said in a Facebook post on Monday January 11 that “Hon. Alhaji Muntaka Mubarak bribery allegation involving judges, if true, is extremely serious and merits an immediate, professional and thorough investigation.

“For the avoidance of doubt, an investigation is a truth-seeking device. It does not presume the allegations to be true or false.

“ It merely seeks to uncover the truth, protect the innocent, expose the guilty or falsehood peddling and protect the integrity of the affected institution.

“There is no reason to be against an investigations or to condition it on names being provided, as such names could tend out have no basis.

“At this point, only statements made under oath and subject to examination by experts will suffice and determine the scope of the inquiry.”

Bola Ray receives US$60,000 as birthday gift from Stonebwoy and Shatta...

Tullow to axe a third of its workforce