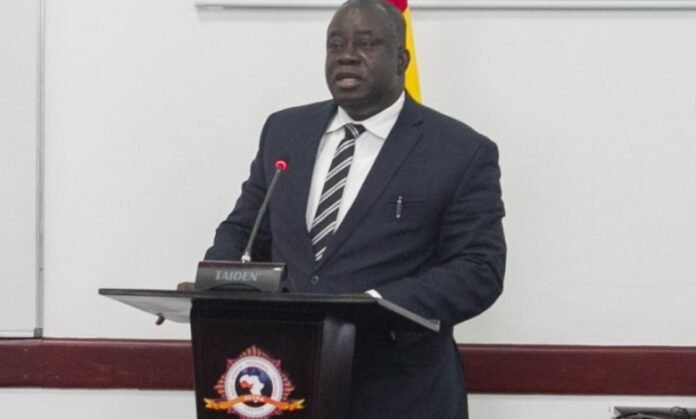 Multiple sources have confirmed that the National Security chief died in the early hours of Monday, January 18, 2021.

The late Joshua Kyeremeh was said to be receiving treatment for COVID-19 at the Ga East Municipal Hospital when the incident occurred.

Mr Kyeremeh was appointed National Security coordinator in 2017 when then President-elect Nana Akufo-Addo announced the names of persons making up his administrative staff at the Flagstaff House.

Joshua Kyeremeh is a product of the Kwame Nkrumah University of Science and Technology, and a former Director of the Bureau of National Investigations (BNI).

He worked at the BNI for about 22 years, where he served at command levels in the Northern, Upper East, Ashanti and Greater Accra Regions.

He also served as head of the Investigations Unit of the Bureau.

He rose to become the Deputy Director BNI and ultimately, the Director of BNI from 2005 to 2009.

Covid: Dalai Lama urges others to get vaccinated as he receives first shot

Covid: Biden promises vaccines for all US adults by end of May

SpringFest One Fashion Show at the University of Michigan

Tatale-Sanguli District to get military base

Samini: From ‘Linda’ till date, I’ve never received any royalties in...

Kojo Opoku: Digitalization is the most impactful and revolutionary policy in...

Stakeholders in agric poised to support rice cultivation through KIS

Receiver for collapsed 347 MFIs turns to property auctions this week