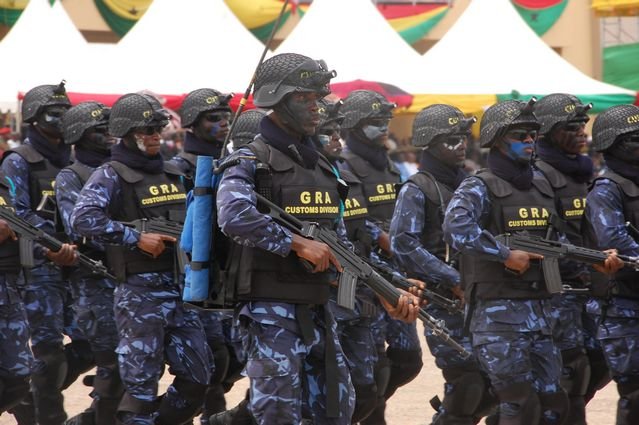 The Ghana Revenue Authority (GRA) says it has completed 81 per cent of the Rules of Origin in line with the African Continental Free Trade Area (AfCFTA) agreement.

The Rules of Origin in the legal documents that established the AfCFTA touches on, among other things, the “Certificate of Origin”, which means the documentary proof of origin; “Chapter”, which refers to the two-digit chapters code used in the nomenclature; “CIF Value”, which is the price paid by the importer; as well as “Classified”, which speaks to the classification of a product or material under a particular Heading or Sub-heading.

According to a Chief Revenue Officer, Customs Division at GRA, Fechin Akoto, although the processes involved in it are time-consuming, some going into years of work, they have been able to attain an 81 percent of it so far.

READ MORE:  82 financial institutions collapsed under Mahama with no payments to affected customers

“The fact of the matter is that Rules of Origin takes a long time to negotiate… some have taken three years, eight years and haven’t completed but we have completed our negotiations to this state in about three years. And I can tell you that the agreed rules are 81 percent complete from analysis. And when you analyse what ECOWAS has offered for the 90 percent, ECOWAS has close to 73 percent rules agreed on which we can use to trade with,” he said.

Mr Akoto made this known during his presentation on the Rules of Origin during the Sensitisation Seminar on the AfCFTA, under the theme, “AfCFTA: Adopting The Right Business Strategies To Fully Benefit.”

Taking his turn, a consultant on exports, Gerald Nyarko-Mensah,  urged businesses in Ghana to take advantage of the reaching some of the top markets in Africa, building on the immense opportunities presented to the country as a coastal trading hub.

In his view, due to Ghana’s location on the map as a coastal country, leveraging on that to reach such countries as those in the northern parts of the continent, would give it a towering business advantage.

He added that with countries like Egypt, Tunisia, Algeria, and Morocco, who are giants of trade still being virgin countries for most businesses from Ghana, taking advantage of the AfCFTA should just be right.

“We have markets all over Africa but the top importers are usually found along the coastline. The reason being that historically, the sea has been the conduit through which trade has taken place mostly in terms of transport. So, not surprising, those countries with coastlines and harbors are usually those that have large trading operations,” he said.

“And so Ghana in reaching to Africa could do well to start with the coastal countries because then, we can ship by sea. We all know we have difficult within Africa, traveling by road. And air transport is generally also expensive but sea travel is a good starting point and fortunately, the top exporters in Africa are all situated along the coast. You can see the northern part of Africa: Egypt, Morocco, Tunisia, Algeria, and so on, they are giants and I think we need to pay much more attention to penetrating markets in those parts of Africa and going by sea,” Mr Nyarko-Mensah added.

Agbogbloshie onion sellers moved to Adjen-Kotoku, others to follow

Farmers kick against cutting down of cocoa trees for rubber plantation

Becoming a Chris Lartey or an A.R Gomda

Medical drones help save lives of close to 200 people in...