President Nana Addo Dankwa Akufo-Addo yesterday noted that subjecting the work of the media to critiques by citizens and officialdom cannot in no way be described as “an attack on media freedom”.

The President, however, said an attack on the media is when journalists are physically attacked or prevented from doing their work, something he said must be condemned by all.

He made these remarks when he delivered the keynote address at the African Journalists’ Leaders Conference held at the Alisa Hotel in Accra.

“Having the freedom to criticise and oppose should also mean that the media is ready to accept and work with criticisms of its work by the citizenry or officialdom. That, for me, is one of the surest ways of improving the public discourse of our respective countries, and we should all strive towards realising this,” he said.

The President also urged the Journalists’ Leaders Conference to use the event to address the phenomena of misinformation campaigns and fake news, which are sometimes propagated by some in the media.

“The tendency to report on only one side of a story, and pass judgment on it, without wanting to learn or give a fair amount of reportage to the other side, stifles the truth. The media should only be concerned about reporting the facts, and should not lend themselves to being bought or being used to destroy the reputations of others,” he added.

Making allusion to the fact that the media possesses immeasurable power, the President appealed to practitioners to ensure that they do not sacrifice the integrity and the future of society on the altar of an instant scoop or ill-considered publication. 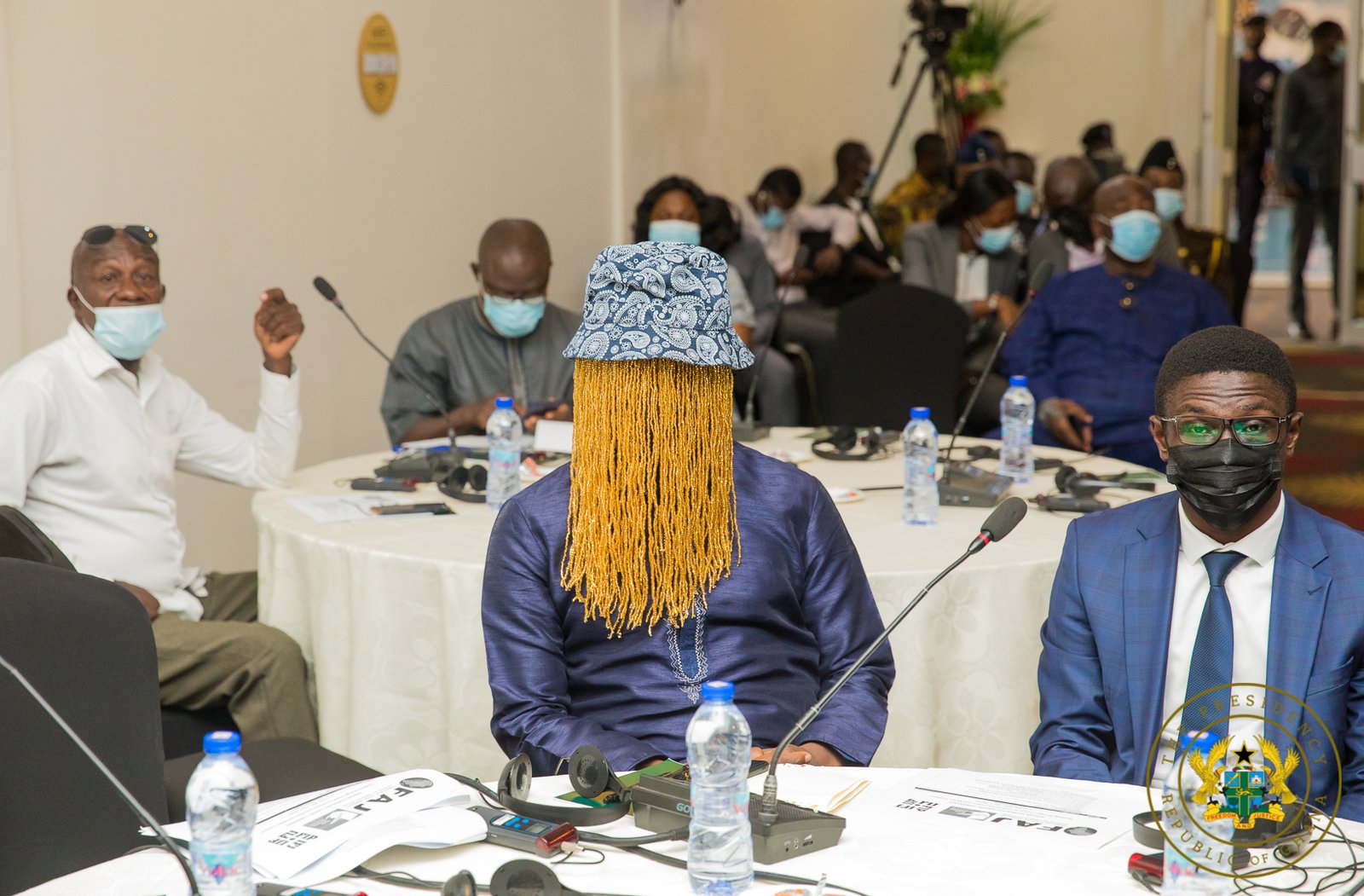 The Rwanda genocide in 1994, he said, presents probably the best example of the calamity that can befall a country when the media is oblivious of, or chooses to ignore this particular sacred role.

“In Rwanda, a radio station became a catalyst for fuelling the genocidal atrocities in which 800,000 people were, tragically, slaughtered. Although the country has picked itself up under the strong leadership of President Paul Kagame, there is no doubt that many Rwandans continue to suffer from the trauma,” he added.

President Akufo-Addo further said he is proud of the role he played in the repeal of the Criminal Libel Law.

“I am proud of the modest role I played in the process of the repeal of the Criminal Libel Law. As the Attorney-General, who piloted the repeal through Parliament, I was also responsible for the discontinuation of the then pending prosecutions, under the Criminal Libel Law, of notable Ghanaian journalists Tommy Thompson, Kofi Coomson and Eben Quarcoo for publications against personalities of the then government,” the President said.

He noted that the repeal of the Criminal Libel Law has had a very positive impact on the development of the Ghanaian media, freeing it from unnecessary self-censorship, and promoting a robust and critical media culture.

According to him, the repeal of the law “has contributed to the growth of a vibrant media that has won Ghana the reputation of having one of the most media friendly and liberal climates on the continent.”

He added that has also “contributed significantly to the deepening of democracy in our country, enhancing public accountability as a strategic goal of public policy.”

The President told the gathering that he had also seen to the passage of the Right to Information Act, which is meant to give effect to Article 21(1)(f) of the Constitution of the Republic.

The culmination of all of these, he said, had meant that the Ghanaian citizen, through the presence of a dynamic media, is able to give boldly and freely his or her feedback on policies and programmes of government.

Civil society groups, President Akufo-Addo added, are able to interrogate fearlessly government actions and positions, compare them to global best practices, and offer views and critiques aimed at complementing the efforts of government. He added that the political opposition is also able to raise dissent openly, canvass for alternate viewpoints, as it offers citizens alternatives to consider on all key issues of national discourse.

President Akufo-Addo assured the Conference of his commitment to empowering the citizen, media and civil society for all to play their part in realising the vision of building a progressive and prosperous Ghana.

“As President of Ghana, I assure you that the Ghanaian people will continue to exercise their right to free expression to the very end, because of their determination to build a free, open society with accountable governance, no matter the cost,” he added.

President: Converting trash to energy is our next focus in waste management

If marriage is what you want then let’s break up

Expanded access to education, a nexus to socio-economic development – Dr...

Second Lady calls on WHO to improve access to clean energy