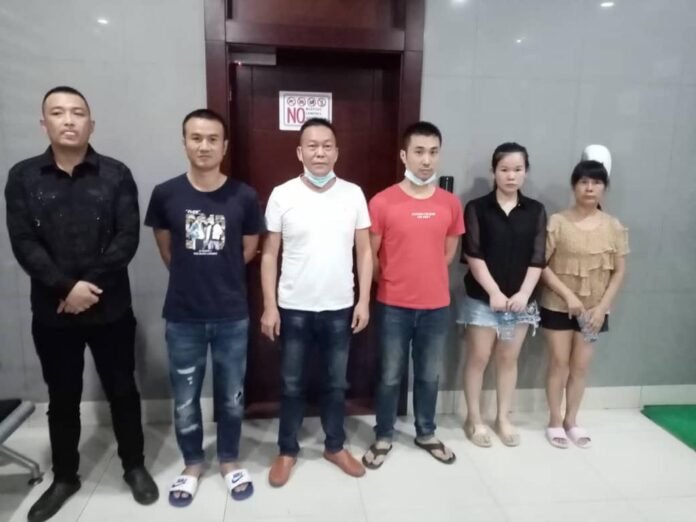 Government has begun prosecution of some persons suspected to have engaged in illegal mining activities, otherwise known as “galamsey”, in the country.

According to the Minister of Information, Kojo Oppong Nkrumah, there are five separate cases currently before various courts.

Addressing a press conference in Accra yesterday, Mr Oppong Nkrumah said the five cases are not exhaustive and that the Attorney General’s office is readying documents for more state level prosecution of persons who have flouted the country’s mining laws.

Providing some details on the Republic V George Asante and 31 others case, the Minister of Information said the accused persons were on May 11, 2021 arraigned before the Koforidua Circuit Court B on provisional charges. The charges, he disclosed, are two counts of conspiracy to commit crime, that is reconnaissance for mining minerals and reconnaissance for mining minerals without lawful authority.

The 32 accused persons were arrested by some town folks in the West Akyem Municipality last month. They were caught to be engaging in illegal mining activities in part of the Atewa Forest Reserve.

The second case, the Minister said, is the Republic versus Yang Maoji, a Chinese national who was arrested for mining illegally in the Pra River. He was arrested by the Operation Halt team while on routine patrol.

The third is the Republic versus Wei Gan and another. This case, he said, also involves two Chinese nationals arrested in Atieku, near Tarkwa in the Amenfi West district.

Another cases before the courts are the Republic versus Xue Linhua and 2 others, a case involving two Chinese nationals and a Ghanaian who were illegally mining in forest reserves in Enchie in the Western Region.

He also cited the Republic versus Xue Linhua and 5 others, a case involving six Chinese nationals who were arrested in Asankragua by National Security operatives. They have been arraigned before the Kaneshie District Court on provisional charges, including six counts of possession of firearms without lawful excuse.

Meanwhile, the Ghana Armed Forces (GAF) has begun Phase IV of its Operation Halt II. The Phase IV focuses on removing all persons and logistics involved in mining from the Ankobra River, its tributaries and forest reserves.

The Minister of Defence, Dominic Nitiwul, has said 401 men of all ranks from the GAF and other sister security apparatus have been deployed to rid the country’s forest reserves and waterbodies of illegal mining activities.