The Onyanfunso M/A Basic School in the West Akim municipality of the Eastern Region is currently faced with serious infrastructural challenges. This is therefore hindering effective teaching and learning in the school. It is the only school in the area, serving pupils from five farming communities. The communities are Parkeso, Adeiso, Aduasenso No1, Aduansenso No.2 and Onyanfunso

The teachers turn the tables meant for the kindergarten pupils to write on them as chalkboards. The three-classroom school block, which serves pupils from KG to Primary six, is near-collapse, with parts of its roofing ripped off.

The situation has forced the school to merge some of the classes while those in the lower primary study in an Apostolic Church building in the community. 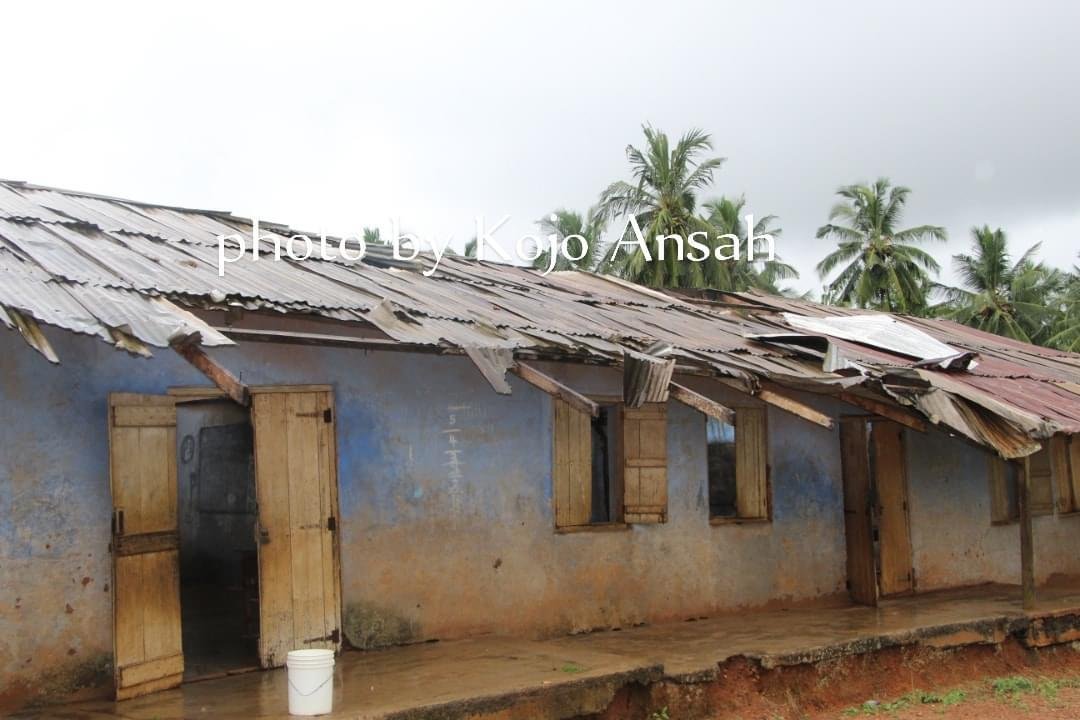 According to the head teacher of the school, Dzamasi Thomas, teaching and learning is always disrupted with any slight sign of rain. He expressed fears that the rainy season would distract academic work completely due to the condition of the school

He said the teachers and pupils continually live in fear because the school could collapse at any time, with potential loss of lives.

The chairman of the school’s management committee, Alex Takyi, also expressed worry over the government’s neglect of the school. He appealed to NGOs and philanthropists to come to their aid.

The Assembly member of the area, Alex Oppong, said the West Akyem Municipal Assembly and the Ghana Education Service had not responded to their numerous calls for support.

Ghana urged to invest in development of reading culture

Ghanaians asked to support the aged