The Inspector-General of Police (IGP), James Oppong-Boanuh, yesterday met with the Governor of Bank of Ghana (BoG), Dr Ernest Addison, executives of the Association of Bankers and managing directors of banks to discuss solutions to minimize the risks associated with moving cash in the country.

The meeting was held a day after armed men shot dead a police officer and an eyewitness during a daylight robbery incident involving a bullion van at Jamestown in Accra.

A statement signed by the Head of Public Affairs Directorate of the Ghana Police Service, Supt Sheilla Kessie Abayie-Buckman, explained that the Police Management Board admonished the commercial banks to resort to the use of standardized equipment for specie and Cash in Transit (CIT) services by the end of June, this year.

“This will include services outsourced by the banks to any company that performs CIT duties,” the statement said.

The meeting also considered deliberations on medium and long-term measures for banks to operate in safe and secured environments.

It assured the officers and the public of commitment to protecting the lives of police officers in the discharge of their constitutionally mandated duty of maintaining law and order.

Meanwhile, the IGP has assured the family of the late General Constable Emmanuel Osei that the perpetrators of the heinous crime will be brought to book.

The IGP gave the assurance after he led a team of senior officers to commiserate with the family at Millennium City in the Gomoa East District of the Central Region yesterday.

“We are investigating, which we have already set in motion. I have instructed the CID to take over the case, and that is the level of seriousness we have attached to the case. So they have started investigations. And, as I have indicated, we will definitely get them (the perpetrators),” he told the family.

He used the opportunity to deny the impression that security services are out of touch with reality when it comes to fighting crime.

Suspected armed robbers on Monday shot dead a police officer and an eyewitness during a robbery incident involving a bullion van at Jamestown, making away with a Police AK 47 rifle and unspecified amount of money, said to be in a ‘Ghana must go’ bag.

According to eyewitnesses, the police officer was providing security for the van while the lady was a bystander who witnessed the incident. The driver of the van also sustained severe injuries.

According to police sources, the Jamestown District office of the Ghana Police Service had a distress call, around 12 noon, that three armed men on two motorbikes, with an unidentified number, had attacked and robbed a bullion Nissan van with registration number GT 8592 W, bearing the inscription Mon-Tran company.

The Police therefore rushed to the scene, where they found the said van parked in the middle of the Adedenko Metal Market road with three doors glasses shattered.

The body of the deceased police officer, G/Constable Emmanuel Osei, of the National Swat Unit, with number NO. 58449, was found in a pool of blood at the front seat of the van.

The driver of the van, identified only as Wisdom, was not met at the scene. He was said to have been rushed to the Korle-Bu Teaching Hospital for treatment.

When the Police arrived at the scene, some onlookers led them to a wooden structure where the body of the deceased woman, 40-year-old Afua Badu, was found lying prone in a pool of blood.

It was gathered that she was pursued and shot by the robbers for raising an alarm. Police also located Grace Essel, one of the officials, who escaped unhurt and had taken refuge in the community. 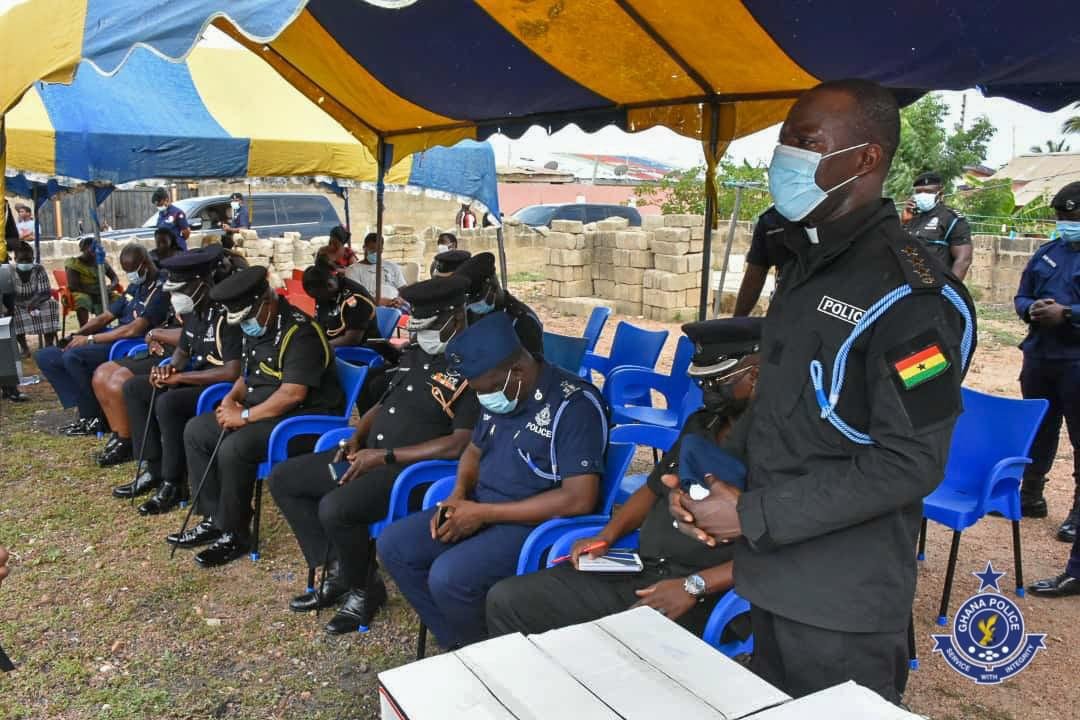 Kumasi daylight robbers arrested by the help of CCTV

Messi scores one penalty, misses another in Barca win over Valladolid

Mahama’s NDC has no appealing brand except politics of alarmism