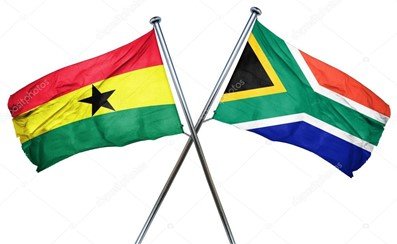 The South African High Commissioner to Ghana, Grace Jeanet Mason, has disclosed that the visa-free travel arrangement between Ghana and South Africa, which began in July 2019, will become operational by the end of 2021

She is optimistic the visa-free travel arrangement between Ghana and South Africa will boost trade relations between the two countries.

Mason said the initiative, which began in July 2019, would become operational after the visit of South African president to Ghana in the third quarter of this year.

Speaking with Nana Yaa Mensah on Asaase Radio’s Sunday Night, Mason said: “This will also strengthen not only our bilateral relations but also in terms of boosting our respective economies because this will ensure travel between the people of South Africa and Ghana.

“So that will also boost both our economies and trade relation… tourism and agriculture as well so those are the memorandum of understanding and relations that we have both strengthened and pursued and implement between our two nations,” she added.

South Africa in July 2019 added seven countries to its visa-free list. Of the seven, two were African nations – Ghana and Sao Tome and Principe.

Three were from the Gulf region – Saudi Arabia, Qatar and the United Arab Emirates. New Zealand becomes the sole South Pacific nation on the list.

According to authorities, of the 193 countries who are member states of the United Nations, the South African Department of Home Affairs has granted visa-free status to 75 countries.

Of the latest seven, Ghana and Qatar already had visa on arrival arrangements with South Africa which is Africa’s most industrialised nation and an economic giant.

According to the latest Henley Passport Index, South Africans can visit 99 countries around the globe visa-free.

Transport fares to go up 30% on Friday

NPP to sign contract with PC aspirants to bar them from...

Bawumia Jabs: Mahama may be nice but an incompetent leader