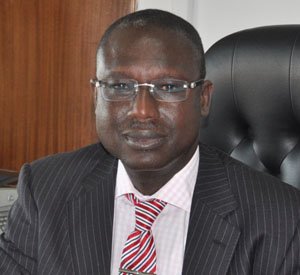 It has emerged that former management of the state-owned Electricity Company of Ghana (ECG), during the erstwhile John Mahama administration, spent some GHS70,742,977.77 on the purchase and loaning out of electrical materials in 2014, which were never used.

This was contained in a report submitted to Parliament by Acting Auditor-General, Johnson Akuamoah Asiedu, in accordance with Section 11 of the Audit Service Act, 2000 (Act 584).

According to the report, the then ECG management procured prepayment meters and conductors amounting to GHS59, 161,964.56 between 2014 and 2016.

The report said the items were not issued as at the time of the Auditor-General’s Department inspection on August 8, 2019.

The A-G therefore ordered the current management to ensure that the prepayment meters and conductors are issued out to the users, failing which the amount involved should be recovered from the officers who engaged in the procurement.

The report also revealed how some electrical materials, valued at GHS11, 581,019.21, were given out on loan to eight beneficiary companies around the same period without any specific terms of agreement.

“We advised management to pursue for the returns of these materials or the parties concerned should be made to pay for the cost of materials as considered appropriate before the materials become obsolete,” the report read.

The report further said that during the audit, it was observed that about 17 transformers were damaged within 2010 and 2013, but the auditors were unable to ascertain the basis upon which the transformers, with an average useful life of 35 years, could be damaged and rendered unusable.

The report urged the management to safeguard assets procured, and ensure that the faulty transformers are repaired, or the procurement officers and operations directorate should be held responsible.

Additionally, the Auditor-General uncovered that separate amounts of GHS3, 214,526.18 and GHS1, 746,094.89 were classified as stock surplus and shortage respectively, but could not be accounted for.

The A-G’s report however hailed the current management for strengthening of supervision to safeguard assets as well as expedite action to produce the committee’s report for audit services review.

Champions League: Barcelona vs PSG headlines round of 16 draw

NGO calls for support for children in deprived schools

NPP youth threaten to vote against party over issues with parliamentary...