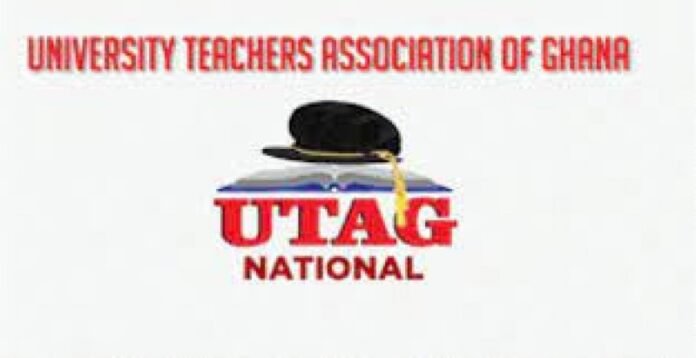 An Accra High Court (Labour Division) has awarded a cost of GH¢3,000.00 against the University Teachers Association of Ghana (UTAG) for failing to comply with the court’s rules concerning an application they had filed before it.

UTAG had gone to court to set aside a ruling that restrained them from embarking on a strike action in the various public universities.

However, lawyers for UTAG failed to comply with Section 20 (14) of the court rules about their application.

The Association has over a couple of weeks been on strike. Efforts by the National Labour Commission to have UTAG call off the strike have proven futile despite an interim injunction against them.

UTAG, through one of its lawyers, Keli Delataa, prayed the court to set aside its earlier order as per an ex-parte application.

The lawyer for NLC, however, objected to the move and drew the Court’s attention to the fact that UTAG had breached the rule of the court and as such, cost should be awarded against them.

The lawyer for the NLC held that the exhibit that the counsel for UTAG was relying on to move his application had not been certified as per Order 20 (14) of the rules of the court.

According to the NLC, that section was instructive, and therefore the application was not properly laid before the court.

READ MORE:  No Sexuality Education Under my Watch-Nana

Counsel for the NLC prayed the court not to allow UTAG to move the application.

Counsel for UTAG, in his response to the objection, said every document they had attached to their processes had been stamped by the registrar of oath.

Justice Aboadwe, after listening to them, said it was minded not to strike out the case but would allow UTAG to put their house in order.

The court contended that the provision in the said section of the law was mandatory and ought to be fulfilled.

To this end, the lawyer for the NLC asked the court to award the cost of GH¢10,000.00 against UTAG because the case is of public interest.

The court adjourned the matter to August 19 for UTAG to come back and move their application.

Meanwhile, an application for contempt against the leadership of UTAG has been filed.

The Commission on Friday, August 6, this year secured an interlocutory injunction from the court to compel UTAG to call off their strike which started on Monday, August 2, this year.

UTAG has, however, refused to comply with the order, indicating that the premise is false.

The association filed a motion to set aside the 10 days injunction.

MTN ‘Save a Life’ targets 5000 units of blood this year

You are very stupid for comparing me to Sandra Ankobiah –...