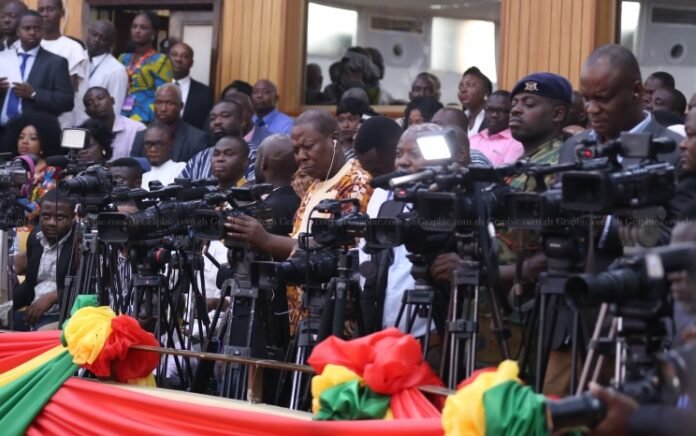 According to a study conducted by the Ghana Psychological Association (GPA), many media personnel and staff of the country’s security services are suffering from “poor mental health state.”

The study, conducted by some members of the Association in 2019 and 2020, attributed the worsening mental state of, particularly, media personnel to poor working conditions.

The study further indicated that even though media personnel are going through series of challenges, they are unable to voice their challenges, leading to what the psychologists call ‘emotional constipation’.

This is not the first time the issue of the worsening situation of media personnel in the country is coming up. Every now and then, conversations with media personnel suggest that, given the opportunity, at least 90 per cent of the personnel, will leave the occupation.

Many personnel in the profession appear to be dying in silence, but clean the mouth and shout the problems of others. Media personnel are first to talk about people’s remuneration, when many of them are working in organisations that pay next to nothing to them.

Some personnel just depend on what is known as ‘soli’ for survival. As the study found out, they are unable to talk because, as the adage goes, ‘half a loaf is better than none’. Due to lack of jobs in the country, many personnel keep quiet, and suffer in silence since any attempt to speak may see them out of their jobs.

The study further noted that the worsening state of the mental health of media personnel can be attributed to ‘occupational reality shock’. This, psychologists explain, is a situation where perception of the profession before joining is found to be entirely different from what is experienced in reality.

The profession, sometimes, looks attractive from the outside. Media practitioners are nicely dressed while on television set, and that looks appealing. The fact that one is seen on television or heard on radio, or has his stories read by many in the papers, seems fulfilling. What is not known by many is the poor working conditions by many media organisations in the country.

As the study found, just a few media organisations in this country have proper corporate structure, including proper human resource departments, to deal with challenges facing their staff.

Many papers published by countless communication experts in the country have listed challenges facing the profession, and what can be done. However, as the days go by, the challenges keep worsening without any end in sight.

The Ghana Journalist Association (GJA) unionised the association as a means of fighting for the welfare of journalists. Unfortunately, the benefit of the unionisation is yet to be realised, as the association continues its traditional style of only releasing statements when journalists are attacked.

Dealing with the issues

That is why we agree with the proposals by the Ghana Psychological Association to deal with issues of mental health among media personnel.

Firstly, we believe the personnel should take their own mental health issues seriously by not overburdening themselves with too much worries. While walking away may not be ideal, they should be able to do so if the situation demands that as the only option. Again, with or without proper human resource structure, the personnel should be able to voice their challenges to their colleagues and superiors at work. By so doing, answers may be sought for the problems, rather than sitting down and ‘dying within’.

Secondly, media owners and managers must take the mental health of their staff seriously. Realistic remuneration should not be denied their staff. Proper communication channel must also be instituted at the various media organisations to afford the staff the opportunity to voice their challenges.

On the part of media associations, the welfare of their members should be of paramount concern to them. Constant education on mental health, fighting for proper conditions of service, among others, should not be too difficult to pursue.

The media is an important tool for the development of every country, but of what use is the tool if it is not well positioned for its purpose.

Man who lost his eye during ‘Let my vote count’ demo...

‘Why not Ghana beyond corruption’ – Dutch Ambassador asks

ENTREPRENEURIAL LEADER, A ROLE OR A SPIRIT?

Looming Danger : Supreme Court’s Decision on Exton Cubic Will Cause...