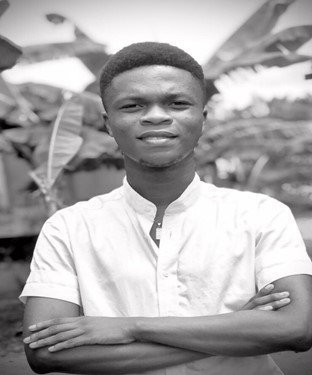 Democratic rule is a governance system that is thought of by many as the utopia. In African countries, every daring attempt to make a great change in existing conditions, every lofty vision of new possibilities for the citizens, has been associated with the practice of democratic governance.

However, democracy has been adulterated in its practice to the extent that the very idea of it is sometimes nauseating, to say the least.

In Ghana, for example, principles of democracy such as equality before the law, have been so abused that public officers are openly disrespected and insulted, including even the Office of the President.

On the other hand, public officers refuse to practice the principle of separation of powers which engenders complete confidence and trust. They pick and choose the principles that please them, leaving themselves vulnerable to unnecessary criticism.

A lot of young people in politics in Ghana denigrate public officers and offices with the only motivation being in political opposition. These young people have exalted notions because they have not been humbled by life or learned its limitations.

For every democracy to thrive, there must be tolerance for free speech. However, it is our attitude towards free speech that will determine our fate as a country. Thus, though free speech is an integral part of every democratic dispensation, it must be used responsibly. Where freedom of speech fails to promote national cohesion and unity, its usefulness is called into question.

Sufficient evidence abounds that there are reports of insults on high-ranking politicians and citizens in both the traditional and digital media. This state of affairs is gradually becoming the norm as the two dominant political parties in Ghana, the New Patriotic Party (NPP) and the National Democratic Congress (NDC) directly and indirectly incite their followers to go on public platforms with insults on political opponents.

I think that these political parties would have to train and guide their young activists in the art of effective and decent political communication. Democracy comes with responsibilities of good citizenship. For Ghanaians to enjoy the full benefits of democracy, we must make efforts to safeguard state institutions and respect public officers.

READ MORE:  Are Ghana’s political parties playing to the rules?

At its simplest, good governance describes the process and the authority by which a country is governed properly. That is the political, economic and administrative powers of a government for managing a country’s affairs and resources. It also determines how a government is accountable to citizens and the civic responsibilities of citizens.

Technology has brought in its wake social media with a hidden identity of some users who use it to inflame passion, insult and denigrate public officials. This phenomenon is not only affecting the way the youth react to issues of national interest but has made them active participants in the political process.

However, the youth must be guided not to use the media as an avenue of pouring out invectives on public officers without any provocation.

Patriotism, protection of public property, defence of national ideology must be critical areas for consideration for policymakers.

READ MORE:  Times are truly difficult and it’s not funny

Because public office holders are important, they should be supported or opposed exactly to the degree which is warranted by their good conduct or bad conduct, their efficiency or inefficiency in rendering loyal, able and disinterested service to the nation as a whole.

When we criticise, we must be quick to offer alternative suggestions that help address issues of national interest. This way, our criticism will be taken in good faith and seen as a positive alternative to the nation-building agenda rather than criticisms of political convenience.

Undoubtedly, when democracy is practiced to make society a better place to be, we will identify the loopholes in it and take stringent efforts to make it a better system.

That notwithstanding, when we practice democracy geared towards individual interests, we are likely to take advantage of the loopholes to the detriment of the public interest. Let’s be responsible citizens for good governance to prevail across all spheres of the country.

The author is a student of the Ghana Institute of Journalism (GIJ). amoakoe199@gmail.com

Allotey Jacobs: My expulsion from NDC is ‘brainless’