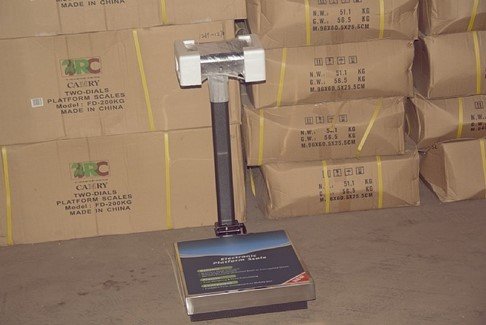 The Ghana Cocoa Board (COCOBOD) says it has secured 40,000 units of solar powered digital weighing scales as the regulator seeks to fizzle out the use of analogue weighing scales by October 1, 2021.

The gadget, to be sold largely to licensed buying companies (LBC) and other entities within the cocoa industry, forms part of interventions undertaken to resolve weighing disparities captured in a field survey conducted by the Ghana Standards Authority (GSA).

The re-calibration of analogue scales by some LBCs has been highlighted as one of the common ways farmers lose revenue due them in the value chain.

The COCOBOD Chief Executive Officer, Joseph Boahen Aidoo, at a press briefing in Accra, said his outfit realised that there was the need to have a standard weighing scale, saying “it should not be something manual that can be tampered with.”

The new weighing scales can also be electronically powered and will solve the problem of recalibration as any attempt to tamper with the device would render it unusable especially “looking at the cost implication of buying a new scale any time it gets spoilt because it would kind of bring some assurance into the market”.

Mr Boahen Aidoo warned that with effect from October 1, 2021, any weighing of cocoa done without the use of the recommended scale would be rendered unapproved and unauthorised by the regulator.

He further cautioned the farmers against the bagging of undried beans to outsmart buying companies.

He therefore called for fairness on the part of industry players so as to help the industry grow.

the National Chief Farmer, Alhaji Alhassan Bukhari on behalf of cocoa farmers expressed gratitude to the regulator for coming with such a directive and further pledged to improve yield to up to 2 million metric tonnes provided the government continued to provide the needed support.

THE HOSPITALS COMETH, LET’S SUPPORT IT