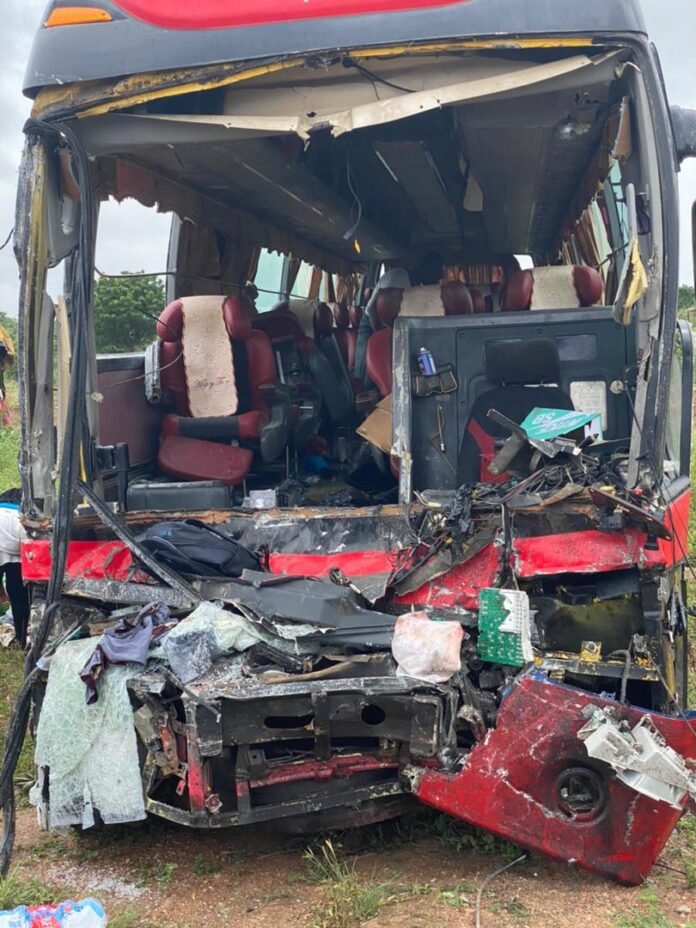 Over the weekend, as many as 19 people were literally murdered by impatient drivers on the two main roads leading to and from the national capital.

Both accidents, according to reports, were caused by reckless overtaking by impatient drivers. In the Accra-Cape Coast road accident, a survivor explained that had any of the drivers of the two vehicles involved in the accident exercised a bit of restraint, the unfortunate situation could have been avoided.

As of July this year, 1,706 persons had been killed by vehicular accidents in the country. Some 9,299 others had suffered various degrees of injured.

According to the Motor Traffic and Transport Department (MTTD) of the Ghana Police Service, up to 9,520 motor crashes involving 16,226 vehicles had been reported between January 1 and July 31 this year.

It appears the numbers do not mean anything to road users. It appears we see the numbers as just what they are: numbers. People continue to behave recklessly on the road, and treat accident as one of those everyday ‘occupational hazard’.

But whether we care or not, there is a very worrying loss of livelihoods behind the numbers.

These 1,700 people include kids, youth, young-adult and the aged. The numbers include kids who could have grown to develop the magic wands to save the country from some of our current predicaments. For some of these kids, the emotional scars their death leave on their parents and family members can never wash away.

It includes youth, some of whom may be students or part of the country’s work force. These are young men and women who are at their prime time in life, and are yet to give back to society, their families, parents and communities. Unfortunately, these precious lives have been washed away.

It also includes young-adults and the aged who may be the bread winners of others. The survival of their families, the development of their kids, among others, depend on their daily movement.

The figures suggest that 9,299 suffered various degrees of injuries as of July. Almost 10,000 people have become disabled in life overnight. Some will spend months and years in the hospital, and would have lost their lives by the time they leave the hospital. Some cannot go back to the work they used to do before the accidents, and some may not be able to get out of the sick bed again.

These are the scary stories behind the numbers. Thus, the numbers are not just for basic school arithmetic, neither are the accidents everyday ‘occupational hazards’ of some drivers or road users. They are the lives of people that are being washed away, and the livelihoods of people that are getting lost by the day.

Dealing with the situation

That is why all road users and stakeholders, pedestrians, drivers, transport unions, road safety advocates, civil society organisations, the media, MTTD, among others, must do more to salvage the situation. It is becoming increasingly depressing reading daily the number of lives washed by accidents.

We all have a part to play to salvage the situation. Drivers must obey simple road traffic rules. Failure to do so, which leads to loss of lives, must be treated as murder and manslaughter, and not mere road traffic offences with slap on the wrist punishment. Driver unions must do more in dealing with recalcitrant drivers.

The media must also put a stop to ambulance journalism on road safety issues, and make road safety a critical part of everyday news items. The MTTD, pedestrians and other stakeholders must all do their part. The numbers are scary, and we must all be worried.

President swears in Regional Ministers after unanimous approval by Parliament

Medikal ft. Kofi Mole & Joey B: Drip is Out