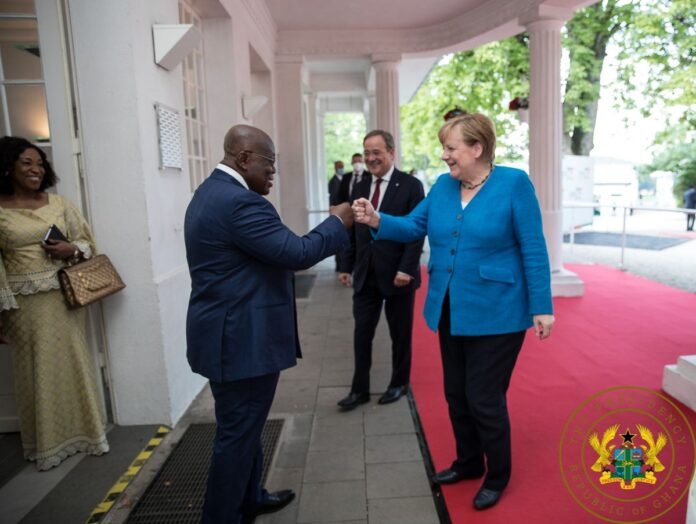 President Nana Addo Dankwa Akufo-Addo has reiterated that increasing trade and investment co-operation remains a priority for his government. According to him, this is one of the ways the country can develop healthy, economic relations with the rest of the world, thereby helping put Ghanaian products at the high end of the global value chain. This is also the way to create jobs for the teeming masses of Ghanaian youths.

This comes at a time that Ghana and the rest of the world are gradually recuperating from the shackles of a global pandemic that came to wreak havoc across nations, albeit a devasting third wave still lurks around.

The Ghanaian economy that was touted as one of the fastest growing economies in the world between 2017 and 2020, growing from a wobbling 3.4 per cent to an average annual growth of seven per cent, fell to its knees, recording a modest 0.9 per cent in recent times.

The economy, though trying to rebound, is still not the best. The government has projected a five per cent growth by the end of the year, still some two percentages short of how the economy was growing pre-covid.

That is why investment to push the growth of the economy is badly needed. If there is one thing that the Covid-19 pandemic has taught the world, it is the fact that no country is an island, and no country is too powerful than the other. It has taught the world that we all need one another to survive. And it is the reason why the President’s call for investment should be welcomed by all investors across the world.

Fortunately, Ghana has a conducive investment environment that does not only guarantee the safety of investments, but good returns as well. It is a country where the principles of democratic accountability and respect for the rule of law, individual liberties and human rights are now firmly entrenched in our body politic.

As the President promised, when he delivered a speech in Dusseldorf, Germany, “we will continue to protect legitimate investments, and preserve the atmosphere of peace, stability and security that has been an important contributor to the increasing presence of German businesses in Ghana.”

Already, Ghana has proven over the years to be a haven for both foreign and local investments. The track record has become even more pronounced in the last five years, with the coming into the country by world giants such as Toyota and Nissan of Japan, Sinotruk of China, Twitter, Google, the well-known Norwegian energy company, Aker, among others.

The government has indeed shown that the country has the track record to support growth of investment.

This is evidenced in its flagship programmes such as One District, One Factory, One Village, One Dam, Planting for Food and Jobs, as well as investments in water, health, housing, road and rail infrastructure, transport, industry, manufacturing, agriculture, petroleum and gas, the exploitation of our mineral wealth of bauxite, iron ore and gold, renewable energy and ICT growth sectors

That is why we join the President in his call for investors across the globe to look nowhere than Ghana. But that is also why we call on the government to continue to support local investors to be able to compete and complement their foreign counterparts who will be coming into the country. For this is the best means by which the country’s challenges would be gradually solved and bounce back to the accelerated growth it was recording before the Covid-19 struck. It is also the means by which the citizens can live a decent life, having access to their basic needs like shelter, clothing and food.

Woman, 32, dies after having five hours of non-stop drug-fuelled sex