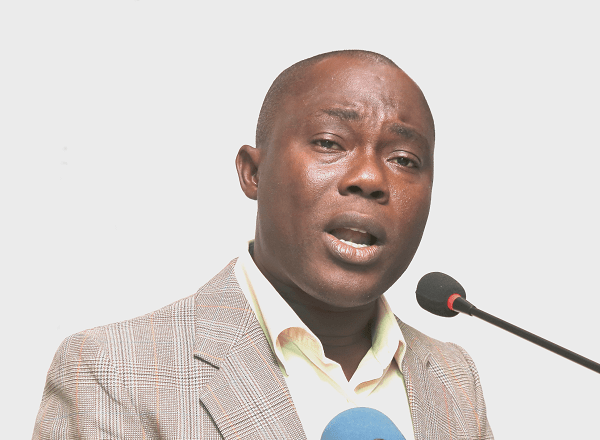 No doubt, there are problems in Ghana. Elected leaders must organize and coordinate Citizens to find solutions. Citizens also have a duty to ‘push’ leaders into creating the necessary environment for dialogue aimed at solutions. Amidst the many challenges, are perennial labour unrests. No well-meaning Ghanaian can jubilate over the tight corner the Akufo-Addo led administration finds itself. It is, I hope, in the light of this, that Yaw Gyampo wrote his article titled: ‘Salaries and Conditions of Service of Teachers – A Historical Note’.

I find the article however as misconceived in its character and tone which must not be left unanswered. First, the piece fails to disclose the so called “archived documents” from which “revelations” as it purports were “gleaned”. Neither does the 10-paragraphed piece serve “a historical note” as purported. This rejoinder attempts to demonstrate how misconceived and unfounded most of the claims in the failing ‘Epistle of History’ of Yaw Gyampo are.

Secondly, salary differentials and the unfairness in backdating increases for Article 71 Office Holders while that of others only take progressive effect, is in the least, nauseating. The Ntiamoa-Baidu Committee Report bemoans this inequity despite failing to boldly act against it (pp.27&38). No matter how despicable, the resultant labour agitations in a pandemic calls for patience in deliberations. The stoking of fire with fabrications, tales and exaggerations does not help. In Addae-Mensah (2016) on page 114, the late President Dr Hilla Limann under similar circumstances is quoted as follows:

“I have on many occasions emphasized that our salvation lies in our own hands and through hard work. No soldier, indeed no politician, has any instant solution to our multi-faceted and desperate problems. We need peace and stability to implement our programmes and rescue our country from destruction. Provocative actions and incitement can only sap our efforts which should otherwise be directed towards more useful activities.”

For the avoidance of doubt, I shall quote the claims of Yaw Gyampo stricto sensu and follow each issue with a response in letter numbered paragraphs to differentiate his figure labelled ones. Fasten your seat belts for take-off.

“1. I have searched archived documents and held discussions with some surviving retired teachers, Members of Parliament and seasoned academics who experienced the regime of Kwame Nkrumah, such as Prof Ivan Addae Mensah, former politician and former Vice-Chancellor of the University of Ghana. The following revelations, gleaned from my interactions with them, are worth articulating to shape our discourse on the conditions of service of the Ghanaian teacher today.”

iii. N. A. Ollennu, Chairman, Report of the Commission of Enquiry into Irregularities and Malpractices in the Grant of Import Licences (Accra-Tema, I966), p.13.

“2. Prior to independence in 1951, up to the end of the First Republic, University Teachers were valued as crucial in producing a critical mass of nation builders for Ghana. They were, therefore, among the highly paid Public Servants in Ghana. The salaries of lecturers in Ghana were similar to those of their counterparts in the UK. A Lecturer was paid a sum of £1,040 per annum while a Member of Parliament received £960 per annum.”

“5. The Nkrumah Government was frugal in the use of public resources and channelled money to areas, like Teaching, that really require the motivation necessary for building the manpower base of the country. To cut cost and ensure enough resources to adequately remunerate teachers, Nkrumah ensured that only civil servants, medical doctors and judges were allocated government bungalows.”

“6. All politicians and ministers bought their own cars, hired and paid for their own accommodation. When Nkrumah later built estates, appointees and politicians who could afford them, purchased some for themselves without any loan guarantee by the government.”

“7. Apart from cutting cost and saving enough to be able to pay adequate compensation, Nkrumah’s decision not to allocate government bungalows to politicians, particularly Parliamentarians, was premised on his belief that “the homes of the MPs are in their constituencies. They are strangers in Accra and must have only temporal accommodation.” This belief was to compel MPs to go to their homes and visit their constituents frequently to ensure effective representation. Abavana junction around Accra New Town was named after Mr M.R Abavana, an MP for Navrongo and Minister of Education under Nkrumah who lived in his own house. Nkrumah himself lived at a rented apartment around Accra New Town until he moved to the Castle around 1959.”

“8. Immediately after the overthrow of Nkrumah, successive governments, both military and civilians resorted to salary increment and improvement in the conditions of service of politicians without doing same for teachers. In particular, the various military regimes recruited young civilians who had not worked before, fresh from school, to serve in their government. These young appointees were given state bungalows, vehicles and many other incentives and conditions of service because they were young and had nothing. Successive civilian governments have continued this practice to the neglect of the teacher.”

“9. It must be reiterated that, the reason why both the colonial government and Nkrumah valued Teachers, and paid them more than the politician, was to guarantee quality production of manpower resources and nation-builders. How teachers fared at the time, in terms of status in society is still remembered by those who lived at the time. Their output was also top-notch because they had all the incentives and recognition to enable them enjoy decent living.”

“10. Regrettably, subsequent regimes, since the overthrow of Nkrumah, have had no clue about the value of a motivated teacher towards nation building. President Akufo-Addo recently made an unfortunate remark that no one goes into teaching and expect to be a millionaire. This is a fundamental mis-statement of historical fact. Teachers were well paid and could afford to buy their own luxury vehicles and build their mansions. If today, people who go into teaching cannot hope to become millionaires, na who cause am?  Isn’t it the politician? Politicians who value nation building beyond mere rhetoric, and those who are interested in leaving behind a good legacy after the expiration of their mandate to govern, must, after reading this piece, quickly go back to learn from how the colonial masters and Nkrumah placed value on teachers over politicians. They must also take a cue from the German Chancellor Angela Merkel’s view that you cannot pay politicians more than the ones who taught them.”

READ MORE:  Agenda 111: Making it work or missing out

“…. that is the Service that you continue to render to all of us and the nation have to be grateful to you for the sacrifice involved in teaching especially when you look at the conditions of service, (amidst giggling) not necessarily all that you desire. Nevertheless, I don’t think that anywhere in the world people go into teaching and expect to become millionaire or make money. You do other things when you join teaching because you want to make a contribution to the welfare of society.”

Yet Yaw Gyampo conveniently picks and twists the words of the President for his ends. Even in mischief making one must be fair to the facts to be credible. It would have been interesting to read citations of teachers anywhere in the world who have made millions out of teaching. Indeed, as the President rightly pointed out, the teacher’s delight is in the number of students or pupils who successfully pass through his/her hands. There are other enterprising teachers who make fortunes by going into further research and publications. The sales and awards that proceed from such ventures cannot be attributed to teaching. Ghana needs more of such adventuring lecturers to break away from the dependence on products from overseas. Our scientists must be daring and Government must be seen investing in research but not only paying salaries.

There are longstanding issues that Ghana is bedevilled with, like any nation in the world. We are in extraordinary times, new to all the peoples of the world. We have a responsibility to find middle ground. Managing our delicate human relations requires sober heads at all fronts. Those who take delight in rabble rousing should take heed that nothing progressive has ever been achieved in violence. Divergent views must be tolerated. We can win together. Let the Government act right, to do right to the Citizenry and acquit Itself in honour.

There are many distortions in the conversations around public issues. It is of utmost importance to stem the tide of falsehood engendered dialogue. If the wrong standards are set, not the best of efforts will ever measure right. There is therefore the need for circumspection, sincerity, transparency and tolerance in unravelling the many self-inflicted recurrent problems. We can win. We must win for Ghana. This is our homeland to which we must genuinely pledge “loyalty to a higher calling” – of truth, not lies; love, patriotism, hard work and the fear of God.

Chief Justice John Roberts of the United States recently remarked; “COVID-19 has pierced through our illusions of certainty and control. It has taught us that we are not in charge. Someone else is. Let’s be sober.” The impasse involving sectors of Labour and Government with the arbiter, National Labour Commission losing its independence and trust among Labour requires sober, deliberate and sincere reflections aimed at consensus building. Gladly, we have made progress with the call off of the strike by UTAG. I am happy as a student. What worked must be applied in similar fashion to all other concerns.

To conclude this rejoinder, I wish to quote two great leaders of two great nations of the world. Benjamin Franklin (1787) said; “living as long as I have, I’ve come to the conclusion that we must all, at times, doubt our own infallibility.” Kwame Nkrumah (1968) also said; “Those who would judge us merely by the heights we have achieved would do well to remember the depths from which we started.” We have a nation to build. Let leadership show the way and all others follow conscientiously. Let none be left behind or jump ahead.

The writer is the Managing Editor of The National Forum, TNF newspaper and a Research Student at the School for Development Studies, UCC.

Women encouraged to invest in farming as a business

No ECOWAS register for 2020- EC assures

Alex Mould under fire over dishonest comments about Aker Energy