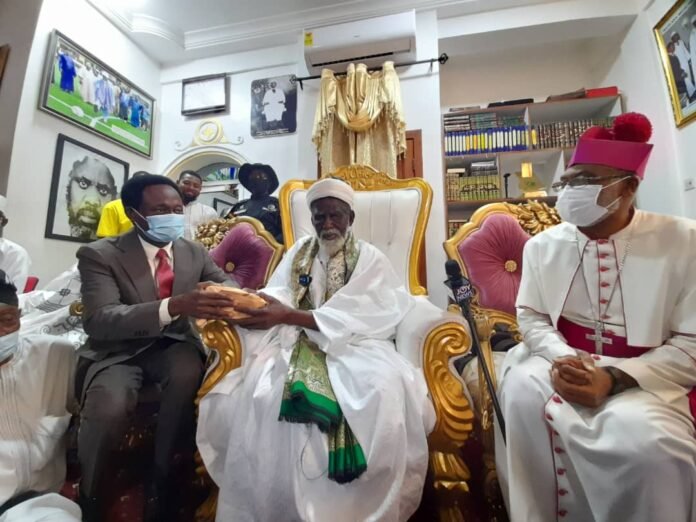 Ghana as a country is replete with people from diverse backgrounds. The country’s history speaks of how some colonial powers brought together peoples of different race and tribes, just as was done in other parts of Africa. It also speaks of how different forms of religion were introduced to the continent and the country.

The bringing together of people as one and the introduction of different religions ended up affecting the continent, leading to stories such as the Rwandan genocides, the Boko Harams of our time, among others.

Experts in wars and conflicts say, in West Africa, religious violence has disrupted public harmony and political functioning intermittently for years. This violence has varied in scale from localized terrorist attacks to coup d’etats, and forced implementation of harsh religious laws on unwilling populations.

Fortunately, Ghana has been saved from extreme tribal conflicts, save pockets of violence in some remote parts of the country.

On the altar of religious conflicts, the country has been saved due to the innate peace-loving and hospitable nature of the Ghanaian.

That is why the gesture of the national leader of the Muslim community in the country cannot go unnoticed. The National chief Imam, Sheik Osman Nuhu Sharubutu, yesterday donated an amount of GHC50, 000 in support of the construction of the National Cathedral.

His donation is coming at a time that the Vice-President of the country, another Muslim, has donated towards the construction, and called for support from all Ghanaians.

The Chief Imam profoundly mentioned during the donation that “Allah created us into races and tribes…so that you will acknowledge each other and support each other. It is not because you should come and fight and get in conflict because of your diversity.”

The Chief Imam’s statement resonates the mood of the country over a long period of time. We must agree with the Chief Imam to be thankful to the almighty God, and show to the world that it is not God’s intention that humanity should be engulfed in perpetual war and conflict.

For a Muslim leader to mobilise to support a gesture led largely by Christian leaders, and for Christians, cements our unity in diversity as a country.

As he stated yesterday, “we all trace our origin to a common source.” This is akin to what we stated in our editorial of August 24, that “Whether God, Allah, Mawu, Nyumo, Onyankopon or whatever name we call him, majority believes in this Supreme Being.”

That is why we join the Chief Imam in calling on all Ghanaians to protect this bond of unity that exists among us. The Chief Imam could not have put it any better when he stated that “God has made it unique to owe the followers of different religions and there are no disharmony or conflict between us. We are living in peace, we can sit around the same table on the same chair and we are helping each other. This kind of favour which God has done to us as a nation, we must acknowledge that, and let us not do anything to destroy the peace”.

We certainly don’t have to allow anything – tribe, religion, race, educational background, gender or whatever – break this peace we are enjoying. We have a responsibility to protect this peace, for we cannot pay the price for it if we lose it.

Let us emulate the humility and the peace-loving nature of our revered Chief Imam and continue to pray for long life for him.

Big Brother Naija: The Week That Was…

Akufo-Addo’s re-election a must to consolidate gains, says OPK

Akufo-Addo invites the “undisputed kings of the competition” to the Jubilee...

The kind of sexual partners you’re looking for, as per your...