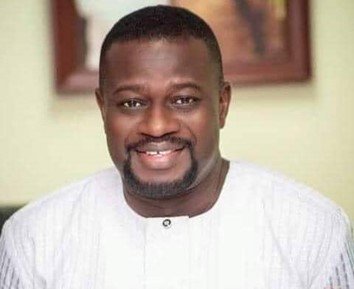 The Majority Chief Whip, who doubles as the NPP Member of Parliament for Nsawam/Adoagyiri in the Eastern Region, Frank Annoh-Dompreh, has tasked his colleague Majority MPs not to allow the National Democratic Congress (NDC) to deceive Ghanaians with lies.

“The NDC will come in their numbers in an attempt to sway and collapse the foundation of our set policies, which they cannot formulate. They will adopt crooked strategies and cook up unbalanced lies to meet their unrealistic and unachievable expectations,” he noted.

He said the alternative offered by the NDC is empty and embarrassing, and that Ghana deserves a better opposition than the NDC.

“For, unlike them, we are more than competent to create, sustain and propel the visions and aspirations of Ghana onto higher heights when we put our minds and bodies to the task,” he added.

The Majority Chief Whip made the call at a two-day workshop held at Kwahu-Nkwatia for the Majority Members of Parliament and Ministers of States. The workshop was to help brainstorm on how to excel in communications skills to propagate the good works of the Akufo-Addo-led NPP government.

He explained the rationale behind the workshop which was attended by Vice-President Mahamudu Bawumia.

“The purpose of this workshop is to recognize the potential of all tools in communication, and to put in context the urgent need to nip the tactics of the minority in the bud, to create and sustain a trusted agency among themselves capable of communicating the identity of government through its policies and achievements to the Ghanaian populace.”

“We are here to develop a workable relationship between committee leadership of the Majority Caucus and the Ministers of the Executive, to strengthen the front of our administration. There cannot be a better time than this,” he said.

He told his colleagues that they should always be equipped and ready to show Ghanaians, beyond any reasonable doubt, the ruling party’s brilliant initiatives as and when they take place “because that is what the people want to see when they voted us into power.”

Mr Annoh Dompreh said it is inspiring to witness an effective communication in government under a ‘Ghana Beyond Aid’ agenda led by President Akufo-Addo to let Ghanaians know about what they intend to do.

READ MORE:  Let’s consider the poor in the calls for lockdown says Akufo-Addo

He said the NPP cannot underestimate the impact of One District One Factory, One Village One Dam, among others, on the party’s victory in the previous election, saying that was done through a unified communication strategy.

“This is the time where we equip ourselves adequately, intentionally and purposefully to face the task, the challenges, and obstacles that may come from various angles of the political sphere, and thus, extinguish the flaming arrows of deceit from those political groups which lack direction and goals,” he stated.