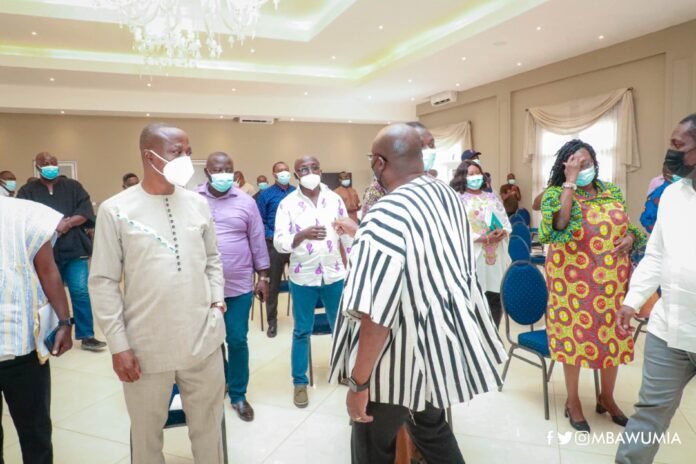 That the governing New Patriotic Party is accepting that some of the many concerns being raised by Ghanaians are germane and need to be tackled is a step in the right direction. The party’s leadership, over the weekend, met at the blissful Kwahu hills to do a self-introspection of its performance.

The meeting that had the party’s parliamentary membership in attendance discussed, among other things, what they can do to better the lot of Ghanaians.

In a frank opinion, the Effutu MP and Deputy Majority Leader, Alexander Afenyo-Markin, was unambiguous in listing a litany of concerns often raised by their constituents and Ghanaians.

We agree with the MP when he says that “while these concerns are sometimes unfounded and unpalatable, there are times that they are plain truths and, by this, I mean that they are the realities facing majority of the people who voted us to power to serve them and our country.”

As the Deputy Majority Leader listed, the concerns of the people include the “growing challenges facing businesses, limited job opportunities, increasing difficulty in trying to put food on the table, the falling value of the cedi, the never-ending infrastructural deficits in Ghana’s health, energy, education and other sectors.”

These are not merely ‘fabricated’ concerns. They are the genuine concerns the Ghanaian faces in his everyday life, as was rightly highlighted by the Effutu legislator.

As a basic principle of life, one is able to find a solution to his/her problems when he knows what the problems are.

The government has indicated that it knows what the problems are. These are not problems told them by their opponents, but those identified by themselves as they engage their constituents.

The workshop, where these issues were highlighted, also afforded the leadership of the Executive, the MPs and the governing party the platform to jaw-jaw and find a lasting solution to the problems identified.

We believe that if the government commits to the aim of the forum, and determines to find solutions to the challenges listed, it will go a long way to help the governing party, the government and the country as a whole.

It will certainly be a win-win situation. Ghanaians need their concerns addressed; the governing party and the government need the support of Ghanaians.

Trump says he will go ahead with new China tariffs that...

Re: Gov’t Security Agencies Must Guarantee Safety of Journalists – John...

A piece on Dr Kwame Nkrumah

Saving Ghana’s water bodies from the scourge of illegal mining