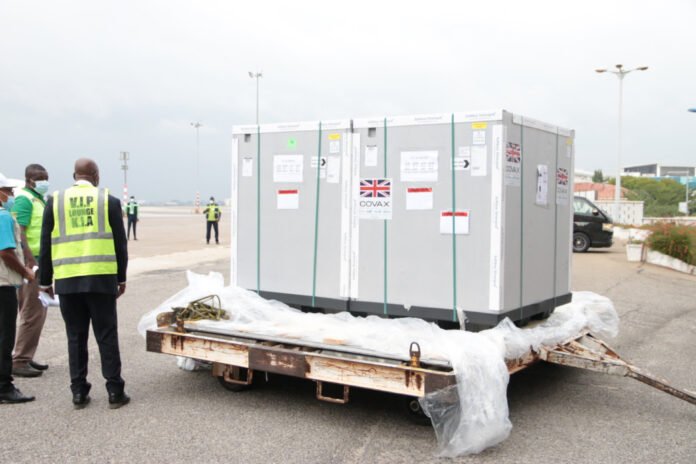 Ghana is set to take delivery of 1.5 million doses of AstraZeneca vaccines from Germany.

The vaccines are part of the outcome of President Nana Addo Dankwa Akufo-Addo’s recent negotiations with the German Chancellor, Angela Merkel.

The Acting Director of Communications at the Office of the President, Eugene Arhin, at a Presidential Press Corps briefing on Monday, disclosed that processes were already underway to ensure that the vaccines arrived in the country for administration.

“I am happy to inform Ghanaians that the German Chancellor made it known to the President that a total of 1.2 million AstraZeneca vaccines were to be given to Ghana. A few moments ago, I got confirmation from the President that this had increased to 1.5 million. According to the President, he is dispatching a plane to Germany to take delivery of the vaccines,” Mr Arhin said.

The arrival of the AstraZeneca vaccines from Germany will be a major boost to Ghana’s COVID-19 vaccination drive, which slowed down for about two months.

AstraZeneca was the first vaccine to arrive in Ghana earlier this year when the country heightened its efforts to beat COVID-19.

Out of the about 800,000 people to have been vaccinated with AstraZeneca, nearly half of the number is yet to get the second jab.

Bawumia urges Ghanaians to eschew what is morally evil

Who bit the watchdog?

NLA: Alpha Lotto not among our legal digital lottery operators

Foods you should avoid if you want to keep cancer away