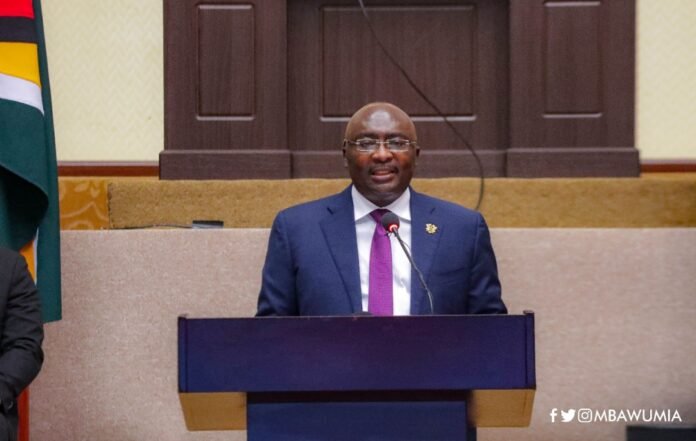 At his recent digital economy public lecture held at Ashesi University on the theme “Transforming An Economy Through Digitalisation – The Ghana Story”, Dr Bawumia revealed that the introduction of digitisation in the sale and regulation of drugs formed part of President Akufo-Addo’s vision to make life better and government services more accessible to the ordinary Ghanaian.

The Vice-President disclosed that steps had been taken to digitise the operations of pharmacies in the country, adding that “the realisation of this vision is the latest hallmark in government’s digitisation drive, which has seen the digitisation of many government sectors and services.”

According to the Vice-President, the digitisation of pharmacies, which will have the nation’s pharmacies converge on one digital platform, is aimed at addressing difficulties of roaming around looking for medicines in pharmacies, promoting competitive pricing and reducing the rate of drug abuse as well as the sale of fake drugs to unsuspecting members of the public.

He explained that through a mobile phone, as well as mobile money interoperability and universal QR Code services, the Ghanaian public will be able to enter their prescriptions into the digital platform, select of pharmacy of their choice, pay for their medicines and have them delivered to their homes comfortably, without having to move around from one pharmacy to the other.

“Basically, the digital E-Pharmacy platform will offer the opportunity to everyone through a mobile phone to upload your prescriptions and find out which pharmacies near you have the medicines. Secondly you can compare the prices for the same drug offered by different prices so that you can buy from the lowest priced pharmacies,” Dr Bawumia noted.

The e-pharmacy is a culmination of a challenge the Vice-President threw at the Pharmaceutical Society of Ghana (PSG) to digitise the operations of pharmacies in the country.

As part of the government’s digitisation drive, Dr Bawumia in 2019 challenged the Pharmaceutical Society of Ghana to digitise the operations of pharmacies in the country.

Following the directive, the Pharmacy Council worked in collaboration with the Office of the Vice-President to ensure the successful realisation of the e-pharmacy.

‘Shameless’ Shatta Wale reveals how he allowed other men sleep with...

This West African nut made millions for European and American companies...