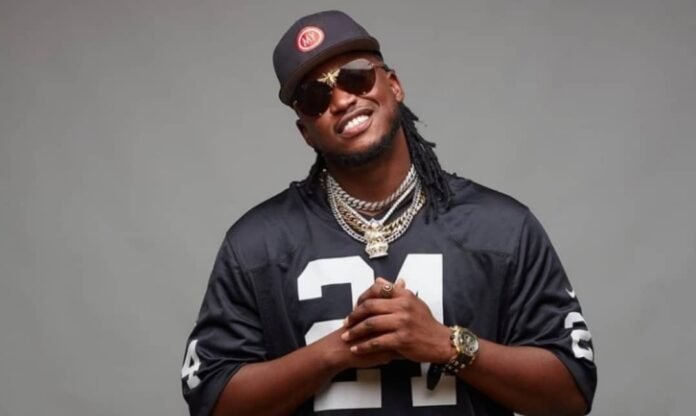 Versatile trap rapper Gambo is confident that apart from rapper king Sarkodie, he is the next best rapper in Ghana.

“Aside Sarkodie who else Dey rap pass me ??? Like honestly! Throw in EDEM, JOEY B, EL, STRONGMAN aside these names who else ?,” Gambo quizzed on Twitter.

Aside Sarkodie who else Dey rap pass me ??? Like honestly! Throw in EDEM, JOEY B, EL, STRONGMAN aside these names who else ?

Gambo has over the last few years blessed music lovers in Ghana and around the world with a couple of great songs and raps.

Among his songs are ‘Kwacha’ ‘Drip’ and the recently released ‘Boys Aye Wild’.

READ MORE:  How to survive all 5 stages of marriage

The song talks about boys taking care of their girls’ financial needs because if they do not honor that obligation, another man with the right attitude towards catering to a partner will snatch their women just like how the hawk attacks its prey.

According to the kwacha crooner, men need to hustle harder if their current financial situation is not conducive for them to be in a relationship.

Gambo, who believes in scaling one’s hustle, urged others to invest wisely when they come into money.

“Boys Aye Wild because as a man I see that you should hustle. You should hustle hard for your family upkeep, among other things including your girlfriend else someone will do it and take her away from you. If you’re dating a girl and you’re not ready to spend on her, someone else will do it. If you’re not willing to spend on her hair, make-up, phone and things – someone else is willing to do it and take her away. There are people complaining about how costly the system is at the moment but there are others doing it” he said when he was asked about the rationale behind such song at a press conference last Friday at the A&C Mall.

READ MORE:  30 Habits (You Can Build in Less Than 10 Minutes a Day) That Have A Huge Return On Life

Answering to another question on how much he spent on the video, Gambo indicated, “for the video, this time round it wasn’t as much as my DRIP video. I spent just 50k Ghana cedis. If you don’t spend on your videos, what again will you take brag?”.

He further detailed how he has been received by the godfathers of the music industry, Gambo stated that the response has been warm especially that of the Shatta Movement boss, Shatta Wale.

He claimed that being the outspoken person that he is, is the reason the king of dancehall supports him and urges him to keep pushing and not hold back because of naysayers.

7 crazy, weird signs that might mean you’re in love

The world of ‘clit piercing’: A thriving business in Ghana that’s restoring lost libidos in women

US House of Reps Speaker and entourage arrive in Ghana