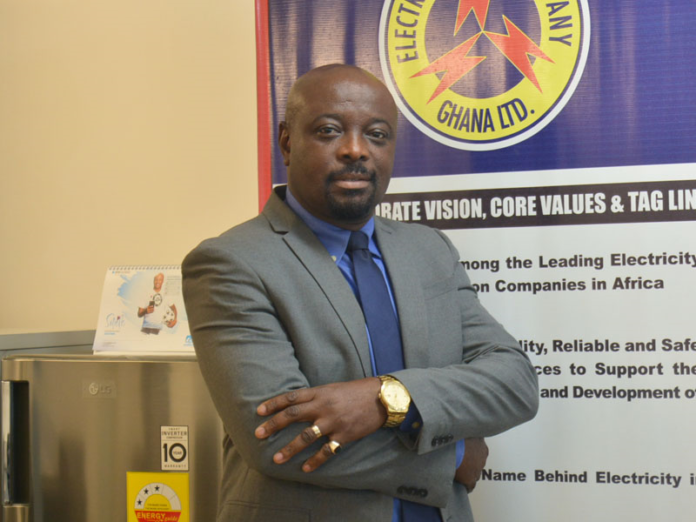 The governing New Patriotic Party’s Patriots of Ejisu has scathingly lambasted the Chief Executive Officer of ECG as the brain behind the confusion in the polling station elections in the Constituency. “‘We will like to serve notice to the Chief Executive Officer of the Electricity Company of Ghana, Mr. Agyemang Budu to immediately cease all the efforts he is undertaking to destablize the peace and unity in the Ejisu constituency. They alleged that the CEO is being backed by his brother, the MCE for Ejisu Mr. Samuel Oduro Frimpong, and that Mr. Budu has been whipping up sentiments against the Member of Parliament for the constituency and the leadership of the party in the constituency.

READ MORE:  NDCdecides: PC to contest Primaries despite being paralyzed

His actions have in the past few weeks threatened the peace and stability of the party in the constituency and he intends to do more and worse as part of his agenda to become the Member of Parliament for the constituency. We will like to remind Mr. Budu that in Ejisu, we have processes for dealing with issues and his resolve to use his supporters to attack and insults anyone that shares a contrary view to theirs will not work. To most of us, Mr. Budu is a stranger to the constituency and if he wants to contest any elections in the constituency then he must learn to do the right thing and not foil misunderstanding within the rank and file of the party.

He should not infect the good people of Ejisu with his misbehaviour and his evil ways which caused workers of ECG to call for his dismissal l as their CEO sometime last year citing several claims of procurement breaches, under dealings, lack of appreciation of his duties, disregard for the well being of workers, an authoritarian leader among several others. Such a leader who according to workers of ECG has failed to manage the company can not be allowed anywhere near Ejisu which is experiencing transformative growth and development.

Clearly, Mr. Agyemang Budu is bad news for the constituency and his recent actions show that he is a man on a mission to create confusion in the Ejisu constituency.

READ MORE:  President Akufo-Addo assures there will be no conflict after December polls

We will like to admonish him to immediately instruct his supporters to desist from attacking the Member of Parliament for the constituency and the leadership of the party in the constituency. He must also call his brother, the MCE for Ejisu, Mr. Samuel Frimpong who has publicly sworn to bring Mr. Budu to contest the MP in the election and is openly sabotaging the good works of the current MP for the constituency, Dr. John Ampontuah Kumah Esq.

Mahama meets drivers, traders in Accra ahead of Easter