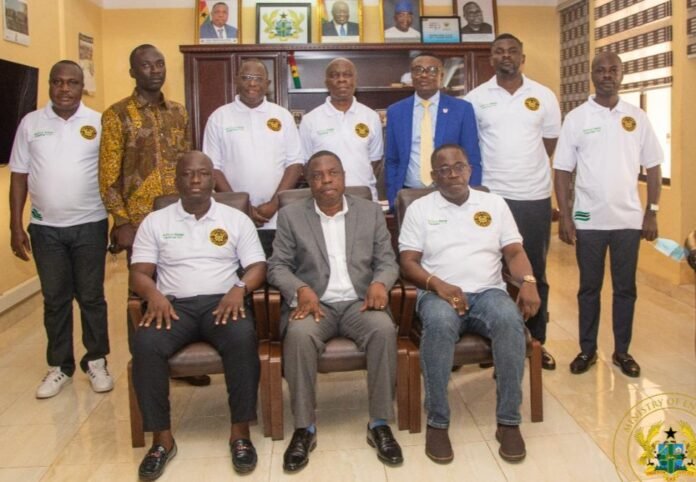 The government is working assiduously to introduce the first ever battery powered electric buses as well as gas-powered buses for public transport, the Deputy Minister of Transport Hon. Frederick Obeng Adom has announced.

According to him, this formed part of a number of interventions that would serve as an important leverage that would set the tone for the gradual decarbonisation of the road transport sector.

“We are also working assiduously to introduce the first- ever battery powered electric buses as well as gas-powered buses for public transportation. These interventions would serve as an important leverage that would set the tone for the gradual decarbonisation of the road transport industry,” the Minister said.

Speaking on behalf of the Minister for Transport, Hon. Kwaku Ofori Asiamah at a regional stakeholders meeting on the national energy transition plan at Techiman in the Bono East, Hon. Adom said government was in the process of developing an E-Mobility Policy to guide the deployment and scaling-up of electric vehicles in the country, stressing that “In respect of the Road Transport Services, our focus is mainly on technological shift away from petrol and diesel fuels to a more benign alternatives.”

Hon. Adom said the transport sector was vital to the functioning of the economy and key to ensuring social cohesion, however, depending on what technology was being adopted, there could be direct and indirect impact on the natural environment.

He noted that at the moment, ghana’s development was underpinned largely by the use of fossil fuels from power generation to everyday commute.

“Majority of Ghanaians depend on the use of small to medium sized vehicles powered by either petrol or diesel engines. Data available at the DVLA shows that out of the 2.8million registered vehicles as at 2021, 72 percent are powered by petrol engines, 27 percent by diesel engines and less than 1% by LPG and other energy sources.

The result of this high dependency on fossil fuels coupled with a number of factors including traffic congestion has made the transport sector, a net emitter of Greenhouse Gases (GHG),” he emphasised.

According to the Deputy Minister, reducing carbon emissions alone was not sufficient in the attainment of the United Nations’ 1.5 temperature, adding that “We need to go one step further in order to halt the climate emergency.

Achieving a Net Zero Future requires coordinated approach touching on many aspects of our national economy.”

He noted that globally, countries were responding to the call for a Net-Zero Emission Future.

“The United Kingdom for example has set target aiming to achieve net zero emissions by 2050. Europe is also working towards stopping the production of diesel cars by 2030.

Likewise, Norway which relies heavily on oil and gas revenues, has also set a target to stop the sale of fossil fuel-powered cars by 2025,” he added.

He said these developing trends had implications on the domestic markets as a result there was the need to realign the country’s focus to guarantee transparent, efficient and sustainable developments.

“As a Ministry in charge of transportation, we remain resolute and committed to the promotion of a sustainable and environmentally responsive transport system. It is perhaps one of the most urgent and critical measures that can guarantee a Net-Zero Emission Future,” he concluded.

Key amongst the participants were the Bono East Regional Minister, Hon. Akwasi Adu Gyan, MMDCEs and Staff of various Assemblies, the Academia from various institutions, CSOs, NGOs, Media personnels as well as Ghanaians from all walks of life.

How can you tell when a woman orgasms?

Seven ways to save a failing marriage