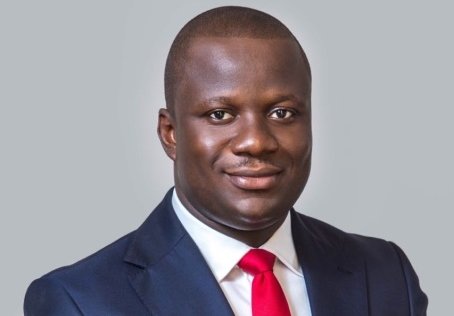 The lands commission an agency under the lands and natural resources ministry has given clarity to the Mpehuasem lands issues. The Chief of Mpehuasem, Nii Torgbor Obodai VI, had in a statement accused officials of the Lands Commission of abuse of power during a demolition exercise at Mpehuasem.

The Commission indicated that contrary to claims made by the chief, its officials only sought to recover encroached portions of some state lands located in Mpehuasem

In a statement copied this portal ,The Commission said, as the manager of public lands, they will continue to act in the interest of the state to protect all public lands. The Commission added that any person who claims to have an interest in any part of the Mpehuasem public land should approach the Commission with his/her documents.

RE: STATEMENT ON THE ABUSE AND USE OF STATE POWER IN THE DEMOLITION OF OUR PROPERTIES CAUSING THREAT OF DANGER AND PEACE IN OUR COMMUNITY – DELIVERED BY NII TORGBOR OBODAI AMPAO VI, MANTSE OF MPEHUASEM ON 16TH APRIL, 2022.

The attention of the Lands Commission has been drawn to a statement issued by Nii Torgor Obodai Ampao VI, Mantse of Mpehuasem on 16th April, 2022, in respect of some lands in Mpehuasem in the Ayawaso West Municipal Assembly. The facts of the matter are as follows:

In 1974, Government, through the State Lands (Accra-Mpehuasem – Site for Accra Training College) Instrument, 1974 (E.I. 72), acquired a parcel of land, originally measuring approximately two hundred and twenty-five point one eight acres (225.18 acres) as state land.
Despite this acquisition, the pre-acquisition owners of the land continued to grant portions of the land to prospective developers, resulting in massive encroachment on the land.
Following negotiations, Government entered into an agreement with the pre-acquisition owners of the land, dated 16th December, 2008, by which Government agreed to release one hundred and fourteen point zero five five acres (114.055 acres) of the land to the pre-acquisition owners, and retain one hundred and eleven point one two five acres (111.125 acres), including about fifty acres which houses the Accra College of Education.
By the said Agreement, the pre-acquisition owners, in consideration of the land released to them, renounced any future claims to the part of the land retained by Government.
Pursuant to the said Agreement, E.I. 72 of 1974 was revoked and replaced with State Land – (Accra-Mpehuasem – Site for Accra Training College) Instrument, 2009 (E.I. 16), which reduced the size of the land acquired by Government from 225.18 acres to the 111.125 acres retained by Government and released the remaining 114.055 acres to the pre-acquisition owners.
In accordance with Article 258(1) of the 1992 Constitution and section 5 of the Lands Commission Act, 2008 (Act 767), the said land has been under the management of the Lands Commission since it was acquired in 1974. No person, other than the Commission has the right to make valid grants of the lands retained by Government under E.I. 16 of the 2009.
Indeed, the Commission has, previously, issued public notices alerting prospective developers that the said land is a state land, managed by the Lands Commission, and cannot be alienated by any stool, clan, family or individual. Any such grant is unlawful, void and confers no title on the grantee of the land.
To ensure orderly development of the area, including the need to ensure a conducive atmosphere for academic work for both the University of Professional Studies, Accra (UPSA) and the Accra College of Education, the Spatial Planning Committee of the Ayawaso West Municipal Assembly, on 22nd June, 2021, approved a local plan for the development of the place.
To pave way for the redevelopment of the land in accordance with the approved local plan, the Commission under the auspices of the Ministry for Lands and Natural Resources has engaged the services of Aynok Holdings Limited with the assistance of the Ghana Police Service to recover the encroached portions of the land and protect the site from further encroachment.
In accordance with the highest standards of transparency, the Commission, on 16th April, 2022, issued a public notice, notifying occupants of the said area of the appointment of Aynok Holdings Limited and its intention to clear the area for the redevelopment of the land. It is the expectation of the Commission that any person who claims to have an interest in any part of the land will approach the Commission for verification.
The Commission wants to assure the general public that as the manager of public lands, it will continue to act in the interest of the state to protect all public lands. Any person who claims to have an interest in any part of the Mpehuasem public land should approach the Commission with his/her documents.

Democrats not happy with Trump’s early claim to victory

When men cook, you run for it

Emelia Brobbey: I love to be licked; if a man licks...

31st January 2023
We use cookies to ensure that we give you the best experience on our website. If you continue to use this site we will assume that you are happy with it.Ok