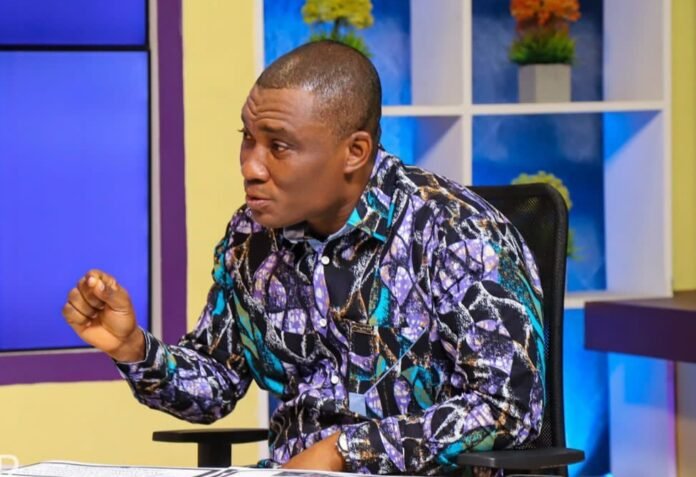 Hon. George Mireku Duker, the Deputy Minister for Lands and Natural Resources has downplayed suggestions that the government’s anti-galamsey drive has been unsuccessful.

According to him, the campaign to safeguard the country’s waterbodies is witnessing giant strides as some waterbodies are experiencing some turnaround.

Addressing the issue of illegal small-scale mining on Adom Tv’s morning show program, Hon. Mireku Duker said contrary to suggestions that government has thrown its hands in despair, it has actually stepped up its anti-galamsey drive with a series of key interventions.

He also mentioned that government has procured Hundred (100) Gold Katcha machines to prevent the usage of mercury by small scale miners and also help attract 90% of the threshold out of the ore processed by these miners. The move, he said will bring some life and confidence in their operations.

He indicated that Reclamation, Alternative Livelihood, Gold traceability, and the establishment of a refinery which he said is about 90% complete are some of the key interventions being rolled out by government to promote responsible mining and make Ghana the preferred mining hub of Africa.

According to him, the purchase of five modern speedboats for patrol on major waterbodies by the river guards, he explained will compliment the effort of the Military to stamp out any illegal mining activities on the rivers.

Touching on the fusion of digitalization and the illegal mining war, he mentioned that the tracking of all mining equipment will serve the purpose for which they were imported into the country adding that “the system can be operated centrally and remote controlled in the various concessions”.

This will prevent the situation where people bring the equipment into the country under guise of undertaking legitimate mining business only to use them for something completely different.

Detailing how the tracker works, the Tarkwa-Nsuaem MP said “the machines will be rendered ineffective should they go beyond the boundaries designed for them”.

On digitilization, Hon. Mireku Duker said licensed concessions will have QR codes that will make it easy for verification.

He is of the view that this move will enable the government rid the space of the unlicensed concessions which will positively affect the fight.

The retooling of the inspectorate divisions of the mining committees is another intervention being taken by the government to revive the fight against illegal mining, stressing that the sector Minister recently commissioned a number of vehicles to aid in that drive.

Elaborating on this move, Hon Duker said the anti-galamsey taskforce, (Operation Halt II), the District Mining Committees and their respective inspectorate divisions would have vehicles to empower them discharge their duties effectively.

On the Community Mining Scheme, the Deputy Minister disclosed that “about 51,000 direct jobs has been created across five mining regions of the country” and was quick to add that government has also outdoored an operational manual to guide and promote responsible mining thereby promoting local champions in the small scale mining arena.

Ghana, he said will not only concentrate on gold mining but it is also promoting industrial minerals such as quarry and salt operations and commended the wholly owned Ghanaian salt business, Electrochem, for engaging in what he describe as a very good business that has so far employed about Five (500) Hundred Ghanaian youth.

The Hon. Deputy Minister also used the platform to dismissed claims of his involvement in mining operations, saying Tarkwa which is home to his constituency host about 60% of Ghana’s mining activities and was therefore not surprised that some people have associated him to that assertion.

On Green Ghana 2022, the Ministry has ramped up its efforts to make this years Green Ghana Day which will see to the planting of 20 Million trees a success with a call on corporate Ghana to collectively work with government to restore the nations forest cover and mitigate climate change, he concluded.

Bundesliga returns, only on StarTimes