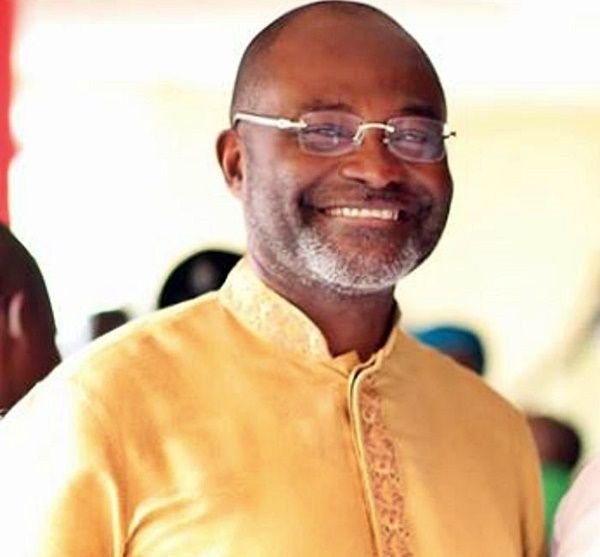 As majority of Ndc and some Ghanaians are certain on NDC John Dramani Mahama, the NPP candidate is currently not clear but political analysts and polls believe Npp will definitely settle on ALAN or BAWUMIA but I see it to be either a joke or illusion of some small sample size who were not giving opportunity to choose any other person apart from the duo.

Reliable data and EXIT POLL conducted in some Constituencies name withheld after the Npp primaries available to me clearly shows Pollsters will get a different and shocking story from the real delegates that is far different from what was revealed to them in the previous polls, and the voting trend shall be replicated in the Regional elections through to national as well.

READ MORE:  Markets in Ashanti Region to be disinfected today

With a confident interval ( C.I.) of 0.99 and a margin of error ( M.E ) 0.01 of this exit POLL, , Dr Mahamudu Bawumia’s campaign team and that of Alan Kyeremateng should rewrite their campaign strategy because the total wipe out of their allies who were incumbent executives and drastic defeat of their preferred candidates too is a cause for worry, rather the delegates feel the heightened tension between the camps of ALAN and BAWUMIA could stampede their breaking the Eight mantra so the only wise decision is to choose executives who are neutral.

Honourable Kennedy AGYAPONG who is likely to contest the Presidential Primary and the former MP for Mampong and Employment Minister under John Agyekum Kufuor, Hon Francis Addai Nimoh, according to the EXIT POLL available to me, are a force to reckon and one of them may cause a surprise to the so called Frontiers. The fallouts from the ongoing constituency elections in arguably has produced heavy surprises where the new crop of executives elect do not believe to the camp of Alan nor Bawumia, except to say there are just a handful of them, a situation which makes the NPP Presidential contest very open now.

READ MORE:  EU and the USA Bullying Ghana: No, Ghana’s Cocoa is not “DIRTY”! – Part I

For the National Executive Elections, the Poll revealed the delegates are preparing to overhaul the entire Executives and bring young and energetic people who have not been in Government or be part of the current Government or the Party’s current structure inspite of their struggles for the npp at the students front and youth wing whose hardwork gave the NPP overwhelming win in 2016. The Polls revealed that the Philanthropic and bank roller of NPP Hon Kennedy Agyapong unfliching support for the teeming party youth in the area of job creation, scholarship assistance, general support for humanity over two decades ought to be rewarded.

Ghanaians should not be surprised if the 2024 election will be between either John Dramani Mahama and Hon Francis Addae Nimoh OR John Dramani Mahama and Hon Kennedy AGYAPONG and this will definitely give the NDC strong campaign team a huge task since the NPP  duo can’t be blamed on the current happenings in the country’s economic challenges, they will revitalize on John Agyekum Kufour’s achievements and part of the current Government achievements and can not be blamed entirely of this Government flaws ,especially Hon Francis Addae Nimoh.

Not too long ago Mr. Mpianim sharply retorted Nana Akomea’s call for a merge of Alan and Bawumia a situation which didn’t go down well with the grassroot and had to rescind their voting choice which is subsequently producing these shocking results.

The battle of NPP Presidential Candidate primaries is not yet over for Dr Mahamudu Bawumia or Alan Kyeremateng.

When men cook, you run for it

NPS 2019: Zoomlion and others key at National Policy Summit

Akyem Kotoku finally Gets New Gyaasehene after 20years of Conflict