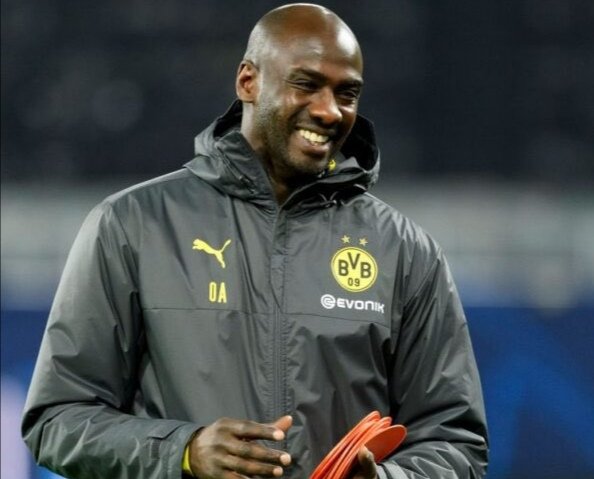 Get the latest news in music, movies, sports, entertainment and more on Twitter.

Here is a recap of some of the trending stories during this week on #TwitterGhana
VGMAs happening live this weekend. Who will take top honors?

Tweeting about the upcoming event, organizers of the Ghana Music Awards declared that Gh Music’s Biggest weekend is “back in its full colors.” Who wins
what? share your predictions with the hashtag #vgma23

🚨The FUN is BACK🚨
Gh Music’s Biggest Weekend is back in its full colors. 🔥🔥🔥🔥

Brace yourself for 2 days of fireworks at the 23rd Vodafone Ghana Music Awards.

Interim Black Stars coach, Otto Addo has confirmed that German professional Football Club Borussia Dortmund has given him the green light to keep coaching Ghana’s national team.
The agreement will see Otto retain his position at Dortmund while still managing the team at
the 2022 FIFA World Cup in Qatar. Alexander Ayankwaa shared a Tweet about this fantastic development.

The agreement will see Otto Addo retain his position at Dortmund while overseeing the affairs of the Black Stars ahead of the 2023 AFCON qualifiers. pic.twitter.com/RXyLYff9qP

Camidoh charts No. 1 in Nigeria

#Camidoh was trending on Thursday as his hit song ‘sugarcane’ the remix peaked at Number 1 on Apple Music in Nigeria. Record Producer, Nektunez shared a Tweet to congratulate the
Afro-pop singer who has become an overnight sensation and a household name in the Ghana
Music industry. Content Creator, Kwadwo Sheldon also Tweeted about it.

Nigerian superstar Henshaw Kate has received praise for delivering a terrific, award winning performance in her latest movie #BloodSisters, which was produced by Netflix Naija. Other
Nollywood icons featured in the movie are Ramsey Noah, Nancy Isime among others. A Twitter user, Pagnaa H wrote, “Kate Henshaw played her role very well tbh”. Another one Tweeted,
“ I must give it up to every cast member in this series”.

Highlife Legend Amakye Dede was trending on Friday as fans listed him among their top five Ghanaian musicians of all time. This was in response to a Tweet from Twitter Ghana on
Thursday, which saw a lot of reactions from music lovers. Follow this thread to see more of how fans spoke about their favourite hits from the legend and comments about his music
traversing generations.

top 5 Ghanaian musicians of all time

This week on #TwitterGhana: Baba Yara to host Ghana World Cup Play Off match, Sarkodie set for Dubai concert and much more

Meet James Ganyo, the man who walked away with GHS 100,000 from AirtelTigo “To Gu Me So” PROMO

‘Acting p0rn has given me exposure’ – Mareme Edet