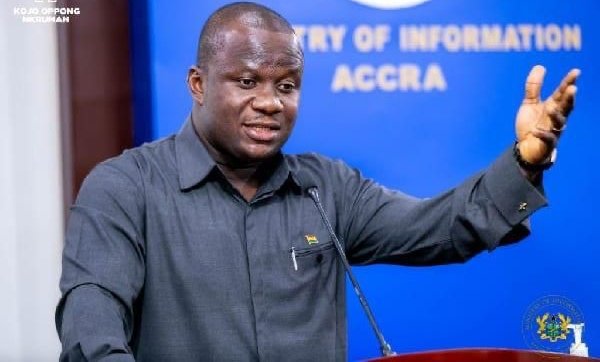 The Minister for Lands and Natural Resources, Hon. Samuel A. Jinapor says the Report of the Sole enquirer into the Bulgarian Embassy Case which was presented on Tuesday, 29th April, 2022, will be handled with utmost transparency and enormous intergrity.

In response to a request by the Member of Parliament for North Tongu, Hon. Samuel Okudzeto Ablakwa for the report to be made public, Hon. Jinapor on his post on Monday, 9th May 2022 stated that “the Report is being studied as was stated by the Deputy Minister who received it and will be acted upon in due course. “

He pointed out that there is no cover up, as in all cases and that every step in the matter will continue to be above board.

He cautioned against the politicization of the issue, stressing that ” this should not be reduced to cheap politics and usual point scoring”.

In a publication by myjoyonline, the North Tongu MP has asked government to immediately release the reports of the probe into the circumstances leading to the demolition of the Bulgarian Embassy in Accra.

Samuel Okudzeto Ablakwa alleged without any cogent evidence that the government is trying to shield persons complicit in the case.