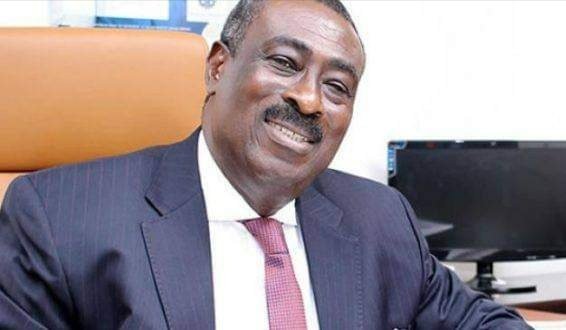 Mpehuasem lands have come into contention again after a series of court issues against the wrongful acquisition of lands acquired by the government from the NUMO NMASHIE FAMILY OF TESHIE AND LA DZARASEE through an EXECUTIVE INSTRUMENT E.I.72 1974 for the establishment of the ACCRA TEACHER TRAINING COLLEGE(ATTRACO).

And it’s an onward decision by the government to release some portions back to the said family in 2008 through the revocation of E.I , 72 to E.I 16, in lieu of compensation.

According to the Nuumo Nmashie family, A two plots of land which fall within the government release sold to one Micheal by the numo nmashie family of teshie and la dzaraas33 in 2012 is in contention again after the later went unto the land to work on the said land.

Some residents led by one Captain Retired Budu Koomson among others who illegally bought those lands prior to the release of lands are in arms with the developer of the said land claiming ownership and also claiming the said land is part of lands consolidated Court.

“Budu Koomson among others always fails anytime they plan to attack the Nuumo Nmashie family and since the case is in court and it has been injuncted we will therefore advice Budu Koomson to seek for contempt”.

The innocent developer is being attacked in the media after all efforts by one DSP Atuluk Annang of the Police Anti Landguard Unit have proven futile.

READ MORE:  USE YOUR LAWYER FRIENDS TO GET THE PREZ ADOPT IRECORP TO SOLVE OUR WASTE PROBLEMS WICKED MANASSEH

“We will write a petition to the Inspector General of Police to sack DSP Atuluk because he is not trustworthy. After failing to intimidate the innocent developer together with his boys at the Police Anti Landguard Unit they have now turned to the media to attack the developer”.

But a close ally of the developer is saying if the matter is in court then the media should direct those angry residents to go back to the court to seek readress.

Meanwhile, the Numo Nmashie family has given the power of attorney to Ing. Surv. Samuel Larbi Darko.

BELOW IS THE EXECUTIVE INSTRUMENT:

WHEREAS it appears to the National Redemption Council that  the land specified m the Schedule to this Instrument is land rcquired  in the public intcrcst:

Now, THEREFORE, in excrcisc or the powers conferrcd on the National Redemption Council by subsection (l) of section I of the  State Lands Act, 1962 (Act 125), this Instrument is bcreby made  this 28th day of June, 1974.

The land specified in the Schedule to this Instrument is hereby declared to be land required in the public interest:

All that piece of land containing an approximate area of 225.18  acres situate at Accra-Mpehuasem in the City of Accra in thc  Eastern Region cf the Republic of Ghana lying to the North of Kotoka International Airport and to the South-west Of Prison

By Command of the National Redemption Council.

Commissioner for Lands and Mineral Resources

The Land specified in the Schedule to this Instrument is hereby declared to be land required in the public interest.

Covid-19 – are we ready? OccupyGhana asks

I am proud of my boys – Yaw Preko after Derby...

Xtra gold insists on legality of its operations