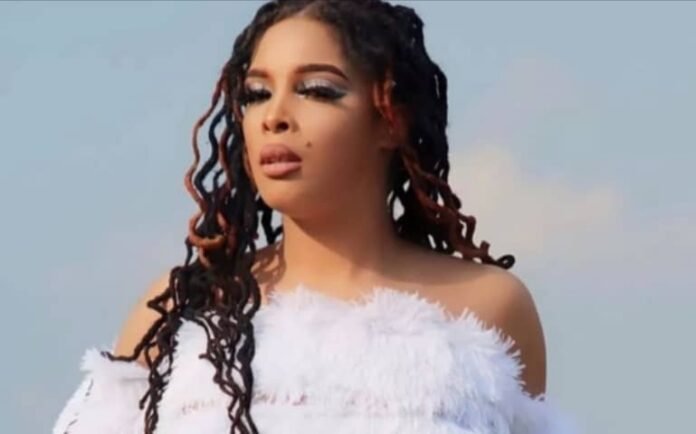 Sources say she has been setting up a couple of men and extorting money from them.

Dre White has featured in a couple of visuals with multiple musicians from across US, South Africa, Ghana, and other African countries.

She has been known by several people as a devoted person and someone who is committed to her career as a professional video vixen.

But information available shows she is not the person the public has come to know her for.

Sources warned young artistes should be mindful of her.

She is accused mostly using men for money by setting them up after making contact with them via video shoot or a regular link up in local South African night clubs where she strips.

A close source said she tries to blackmail men who cannot afford to pay her for sexual pleasure of rape.

It would be recalled that few years ago, she made contact with a rapper and ended up creating a lot of problems for his team.

A source warned “the whole music fraternity is therefore advised to be extra careful with their dealings with her. We understand music is a global business now which seeks to connect people from countries therefore all this script is trying to achieve is bring to the notice of rappers how dangerous she can be if you allow her.”

Navigating ourselves out of the tax conundrum: Policy makers must begin...

I cried in my final weeks at Barcelona – Suarez