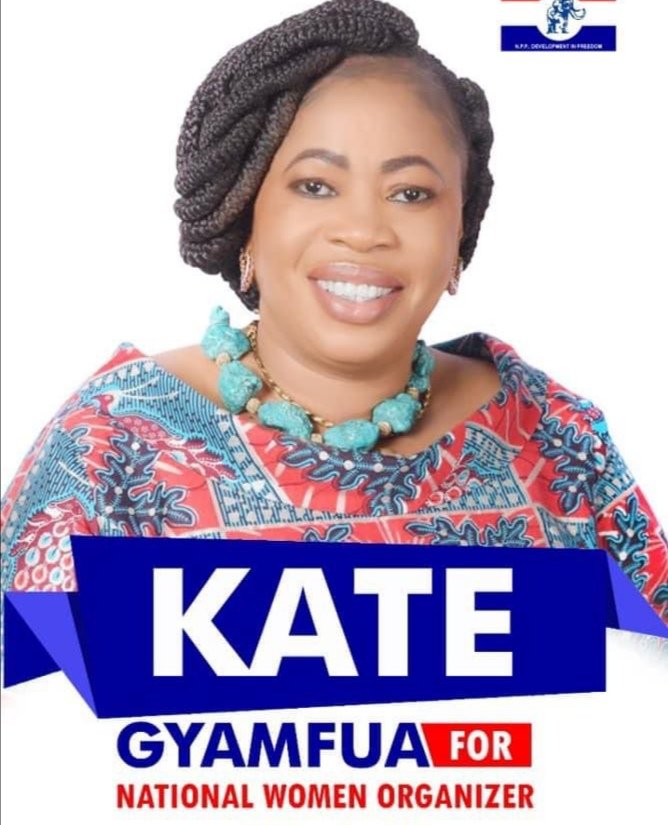 The 16 Regional women Organisers of the governing New Patriotic Party, yesterday, filed nomination for the party’s National Women Organiser, Kate Gyamfua, to seek re-election. The gesture, according to the Women Organisers, is due to the exceptional leadership qualities exhibited by Ms Gyamfua in the past four years.

Greater Accra Regional Women Organiser, Grace Acheampong, who spoke to the press after the filing processes, noted that Ms Gyamfua has changed the face of the women’s wing since her assumption of office in 2018, hence the need to continue with her stewardship, as the party goes into a crucial election in 2024. The NPP National Women Organiser won an emphatic victory in 2018 at the party’s national delegates congress in Koforidua, polling over 80 percent of the total votes cast.

She has since embarked on countless activities which helped the party in securing victory in the 2020 general elections. For instance, ahead of the compilation of the new voter’s register in 2020, she embarked on a nationwide mobilization campaign to motivate women to rise in their numbers and take part in the exercise. In December 2019, she organized a historic national women’s conference in Takoradi, which is the first-ever national women’s rally/conference organised by a political party in the fourth republic. Ahead of that, she had organized regional women’s conferences across all 16 regions. She also organized empowerment conference for all regional women and deputy women organisers in Kumasi in 2019 and was among the first set of national officers to tour all newly created regions to start mobilization of party supporters, soon after the creation. Ms Gyamfua is on record to have been the most visible NPP women organizer among women groups such as queen mothers and market women associations.
Logistically, she supported all constituencies in the country through the provision of resources such as motorbikes. She also provided hospital equipment and Covid-19 personal protective equipment (PPE) to several hospitals across the country in the height of the covid-19 pandemic. Beneficiary hospitals include La Polyclinic, Koforidua St Joseph’s Hospital, Langbinsi Health centre in the North East Region, Bawku Presbyterian hospital, Wa Municipal Hospital, Teshie Orphanage Home, Sogakope District Hospital and Ejisu government Hospital in the Ashanti region.
She is also noted to have led some advocacy campaigns during her first term in office, which include call for collaboration among women to achieve the Sustainable Development Goal five (SDG 5) in July 2021, a campaign to challenge stereotypes against women and attacks on women in March 2019 and a campaign to solicit support for the passage of the Affirmative Action Bill in March 2021. She also organized leadership training for women leaders in smaller parties as her contribution to women’s empowerment in the country.
Her achievements and ability to protect the unity of the women’s front since her election, according to the women organisers, are the motivation behind the overwhelming endorsement for another term.

‘Why not Ghana beyond corruption’ – Dutch Ambassador asks

Bibi Bright narrates how her boyfriend almost killed her