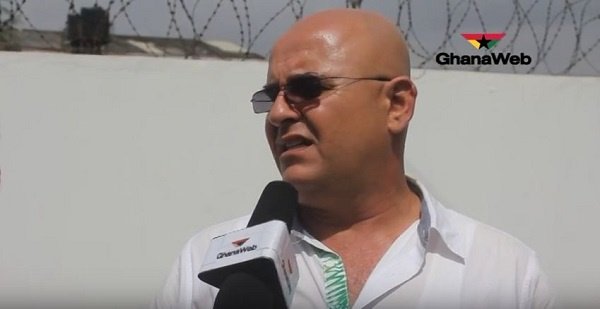 I write this piece with a warning to dubious media persons and others not to misconstrue my submission as being a declaration for any potential Flagbearer especially the two main ones for which a wasteful argument has been raging since my brother, Hopeson Yaovi Adorye, made his infamous statement after the “Walk for Alan” event that came off on Saturday, August 13, 2022. In fact, I must say that the massive number of participants shook Kumasi and rattled some bones. I am, almost, certainly sure, too, that a “Walk for Bawumia” would trigger the same number of health enthusiasts or more.
My opinion is that Hopeson Adorye was overwhelmed by the success of the walk, hence his statement. I did not see it as divisive or enraging to say the least, but rather an exercise of his inalienable right to free speech, although it saddened me that the almost obvious status quo is that a Muslim Northerner seems to be a necessary armchair leg for my beautiful and fantastic party to stand on.
In fact, his statement spun me around like a yoyo! I, totally, disagreed with him! Then again that is, also, my inalienable right to do so! Will this make me hate him? Certainly NOT!
I would have thought that in this era of enlightenment, when people from all walks of life burn the bonfire in this global village to discuss important issues relative to the amelioration of our general circumstances, we are, rather, busily reading inferences into matters that are nothing more than a side-attraction, forgetting the main event that we must remain focused on!
I am a Muslim, and Mahmoud Bawumia is my brother! Yes, he is! But does this mean that I must route for him because he is? Alan Kyeremanten is my friend, but does this mean that I have to support him because he is? I would want to focus on issues and what both candidates have to offer Ghanaians who go to the polls only because they have to in the exercise of their democratic rights otherwise, we will see no one at the polling stations!
We must hasten slowly when speaking to issues that have a direct correlation with our political fortunes as a fraternity that believes in Ghana and Ghanaians! Yes, a Muslim Northerner can be a President, and a very fine President at that, too, but if the Voltarian, or the Ga, or the Wala, or the Grunci, or the Bono, or the Goan comes with a better message and a more meaningful portfolio, I will certainly go for the latter! It is about making Ghana greatest! Would there be a problem if a Fante, for example, participated in the Flagbearership race, too? The Danquah-Dombo-Busia tradition lives on and embraces all Ghanaians from all walks of life, and the names of the three great leaders do not remotely indicate that an NPP President should only be from the peoples of the North, Akyem, or Ashanti, although the powerful figures in the race seem to be of that relevance!
I was appalled at the manner with which the statement of my brother, Hopeson, was misconstrued. Yes, his statement might have been infuriating, but the shenanigans of some persons looking for attention that they do not seem to be getting from the stables of the steeds read strange inferences and made unholy comments.
To the extent that some appointees rasped like vultures with a bad cough, trying, feverishly, to be relevant after their disastrous stewardship of the positions that they were appointed to made it all the more despicable. How many times have they badmouthed Akyems even as they wined and dined with them? Gabby Asare Otchere-Darko, another brother of mine, has, probably, been the most badly bitten, chewed, and spat on person by appointees he, personally, lobbied for to get the positions that they were given. Were the filthy insinuations and utterances they made not tribalistic and distastefully ethnocentric? Who made them superior anyway? They draw the line of hatred and enmity if you refuse to follow suit! Well, if you can pelt people with stones, be ready to receive rocks, too! People who speak their minds are not to be feared, but those that remain quiet and scream only when they find an opportunity to bag are the dangerous green mambas buried in a thicket of green bushes that will only come out to bite and kill you with their deadly serum.
So Hopeson spoke his mind! So Hopeson might have been overwhelmed by the success of a healthwalk that he helped organise! So, Hopeson might have gotten it wrong this time; again, no one is perfect and you cannot always get everything right!
Hopeson’s statement did not sit well with me because of my sentiments which, really, are in line with the Danquah-Dombo-Busia traditions of fairness to all and disenfranchisement to none! I will focus on choosing a flagbearer for my Party, the NPP, and, eventually, a President for all Ghanaians whether he is from the North, South, East, or West!
But, YES, a Muslim Northerner can surely be a President and that is what the Danquah-Dombo-Busia tradition is all about!
LET’S JUST BREAK THE 8……Adios!!!

NAM1 is cooling off at his East Legon residence, not in...

I was looking for the opportunity to put my song out...

Angry driver shoots painter over traffic row; shoots himself in the...

DILEMMA OF THE AFRICAN POLITICIAN

Christians urged to emulate the lifestyle of Jesus