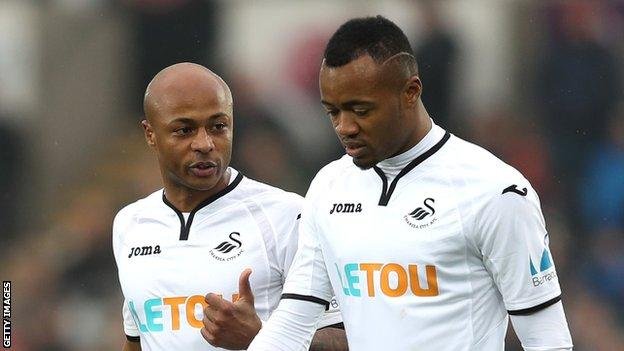 Black Star coach Otto Addo has dropped the Ayew brothers, Dede Ayew and Jordan Ayew, who made his starting 11 in the Ghana-Brazil game ahead of the game against Nicaragua.  Baba Rahman, Afena Gyan and goalkeeper Jojo Wollacott have also been dropped from the starting 11

On the other hand, Inaki Williams and Mohammed Salisu have been named among Coach Otto Addo’s starters.

The new starting 11 include Mohammed Kudus, Daniel Kofi Kyereh, and Baba Iddrisu. The rest are Alidu Seidu at right back, Daniel Amartey at centre-back, and Richard Ofori who is replacing Wollacott.

Gideon Mensah is the preferred left back, with Osman Bukari and Fatawu Issahaku supporting Inaki Williams up front.

Meanwhile, Alexander Djiku and Kamaldeen Sulemana, Tariq Lamptey have been ruled out over injury concerns.

Akyem Kotoku finally Gets New Gyaasehene after 20years of Conflict

MP with cash locked up at Global Access urges customers to...