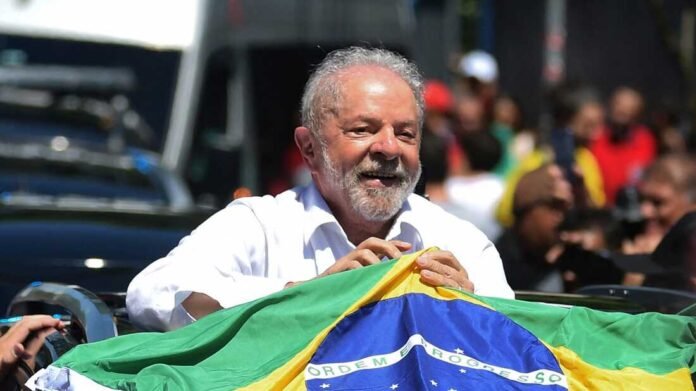 Former president of Brazil, Luiz Inácio Lula da Silva, has defeated incumbent president Jair Bolsonaro in a tight presidential election, turning the country back into the hands of its former leftist leader.

Lula won with 50.9% against Bolsonaro’s 49.1% in an election that saw a divisive campaign between the former leftist leader and his rival far-right leader.

BBC reports that supporters of Jair Bolsonaro had been confident of victory, but Lula pulled a stunning comeback.

The former President could not run in the last presidential election in 2018 because he was in jail and banned from standing for office.

He had been found guilty of receiving a bribe from a Brazilian construction firm in return for contracts with Brazil’s state oil company Petrobras.

Lula spent 580 days in jail before his conviction was annulled and he returned to the political fray.

“They tried to bury me alive and here I am,” he said, kicking off his victory speech.

Meanwhile, some world leaders have contracted Lula for his victory. US President Joe Biden, noted that the result came “following free, fair, and credible elections,” adding that he was looking forward to continuing co-operation.

READ MORE:  The Amazon is burning. The climate is changing. And we're doing nothing to stop it

India’s Narendra Modi said he looked forward to deepening ties, while UK Prime Minister Rishi Sunak tweeted: “I look forward to working together on the issues that matter to the UK and Brazil, from growing the global economy to protecting the planet’s natural resources and promoting democratic values.”

Zoomlion begins disinfection exercise of 115 police stations in the Western...

Tamale Airport to be upgraded to international standard

Govt to roll out E-Levy Beginning May 1 – Deputy Finance...