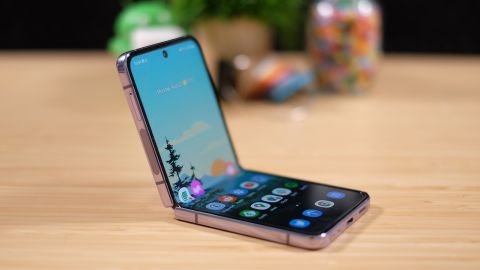 The move was announced Thursday, making official who would continue to head up South Korea’s most valuable and well-known company. Lee had previously held the title of vice chairman.

Samsung’s board, which approved the change, “cited the current uncertain global business environment and the pressing need for stronger accountability and business stability,” the tech giant said in a statement.

It comes just months after Lee, the scion of one of South Korea’s most powerful families, was pardoned for crimes including embezzlement and bribery.

In August, Lee was personally excused by the country’s president for his alleged wrongdoing, with officials citing an economic crisis that required the attention of its top business leaders.

The pardon ended a five-year ban on Lee holding a formal position at Samsung. The billionaire was twice sent to prison but had been out on parole since last year.

Lee, also known widely as Lee Jae-yong, has been operating as Samsung’s de facto leader since 2014, when his father fell into coma after suffering a heart attack. The senior Lee died in 2020.

This week, the younger Lee marked the second anniversary of his father’s death, vowing in a staff meeting Tuesday “to preserve his legacy.”

“During this period, we have had to confront many challenges, and at times, we have struggled to make breakthroughs,” he said, according to a readout of remarks that Samsung shared with CNN Business. “Without a doubt, we are at a pivotal moment.”

“Now is the time to plan our next move,” Lee added.

The pledge coincides with an ambitious drive announced by Samsung in May, which will see the conglomerate pour more than $350 billion into its businesses and create 80,000 new jobs over the next five years.

Most of the jobs are expected to be in South Korea, and the funds will primarily go toward businesses such as chipmaking and biopharmaceuticals.

In an earnings presentation, the company warned that “weak demand for mobile phones and TVs” were hurting its bottom line. While the company expects “demand to recover partially in 2023,” global economic pressure will likely continue to affect its performance, it said.

However, the group also enjoyed record sales. It said revenue had reached 76.8 trillion won (nearly $54 billion) in the third quarter, despite “a challenging business environment,” and still forecast its full-year revenue to surpass that of 2021.

Samsung shares ticked up nearly 1% in Seoul on Thursday following the announcements.

BoG calls for Stronger Collaboration with the Media

GFD calls for inclusion of PWDs in extractive industry

Politics not the Route to Riches – Adutwum