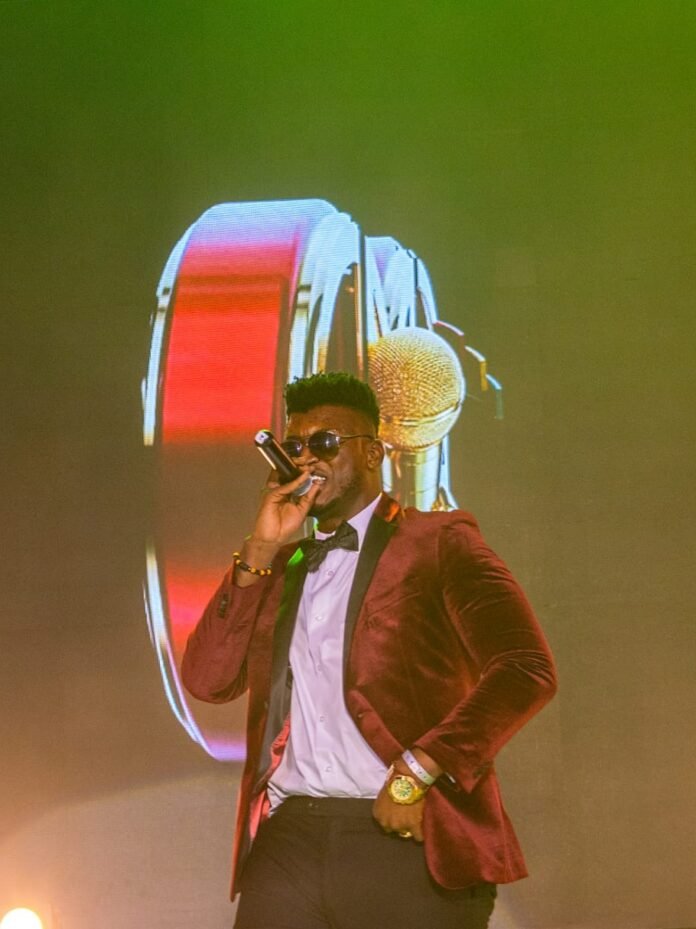 Gambo was one of several top artists from Ghana who performed at this year’s GMA UK.

As usual, Gambo was in high spirits as he performed at the Awards ceremony held at the Royal Regency Palace Manor Park in London.

The versatile rapper did a mix of three of his songs namely ‘We Outside’ which is his new release, ‘Boys Aye Wild’ and his hit song, ‘Drip’.

And due to the electrifying nature of his performance, some fans wanted him to stay a bit longer on stage as they requested that he also perform his song: ‘Settle’ which featured Keche.

The audience at the Royal Regency Palace Manor Park in London unarguably got a performance befitting of the GMA UK 2022 as Gambo, the ‘Kwacha’ crooner’s performance gave the excitement they needed from such a show.

Alordia Promotions and West Coast UK were the organizers of this year’s GMA UK.