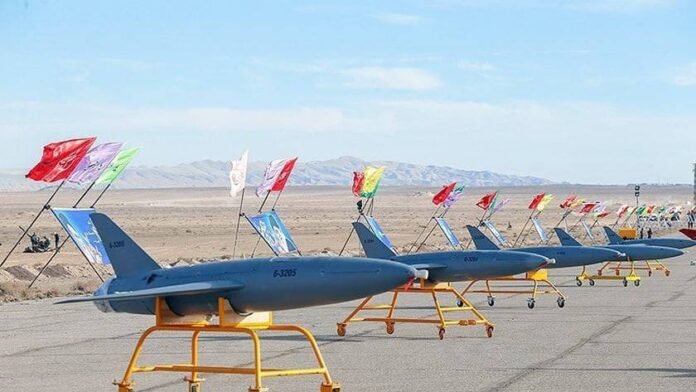 Ukrainian military intelligence has accused Iran of planning to supply 200 combat drones to Russia. The drones reportedly include Arash-2 which has been touted by the Iranian military as one of the longest-range attack drones in the world.

“A batch of more than 200 combat drones Shahed-136, Mohajer-6 and Arash-2 is planned to be sent from Iran to the Russian Federation at the beginning of November,” the  Ukrainian Military Intelligence said.

CNN reports that the intelligence agency said in a post on Telegram that the Unmanned Aerial Vehicles “will be delivered via the Caspian Sea to the port of Astrakhan.”

The agency said the drones are being shipped in a disassembled state and once inside Russian territory, “they will be collected, repainted and applied with Russian markings.”

The American-based Cables News Network noted that the intelligence agency did not specify how it obtained the information on the shipments and it cannot also independently verify the details.

It, however, cited officials from a Western country that closely monitors Iran’s weapons program, that Tehran was preparing a large shipment of drones and ballistic missiles to Russia.

Deployment of the Arash-2 drone to the war in Ukraine could, could change the dynamics of the war and put further pressure on Ukraine’s already challenged air defenses.

READ MORE:  Two missing Canadians are suspects in the deaths of three people

Experts say the deployment of the Arash-2 has the potential to be a “big game changer” in the war in Ukraine as it “can carry five times the explosives of the Shahed.”

“Unlike the noisy propeller of the Shahed-136, it has been claimed the Arash-2 uses jet propulsion, not only making it much faster and harder to shoot down, but also giving it a greater range. However, photos of what was described as an Arash-2 by Iranian state media clearly show it having a propeller at the back,” CNN reported.

Speaking on Iranian TV at a military event in Tehran in late September, Iran’s Brig. Gen. Kioomars Heidari suggested the Arash-2 had a range of 2,000 kilometers (1,243 miles), which would make it one of the longest-range attack drones in the world. However, Iranian military leaders have a history of exaggerating the capabilities of Iranian-built weapons systems.

Since Sept. 13, Ukraine’s air defense forces say they have shot down more than 300 attack drones — but dozens have managed to strike their targets and destroy vital energy infrastructure.

Source: eveningmailgh.com with files from CNN

Cedi set to end 2021 with the lowest depreciation since 1992