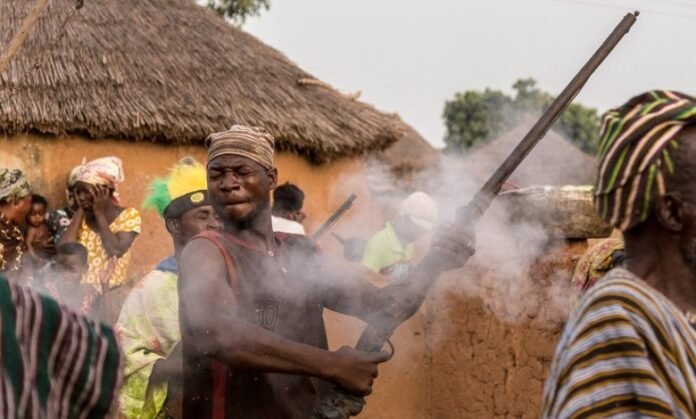 The Dagbon Traditional Council has passed a resolution to stop the use of weapons at festivals, funerals and other social gatherings following an emergency meeting with security stakeholders.

The decision comes after the traditional council expressed concern about the proliferation of small arms in the town.

Speaking in an interview on Asaase Radio yesterday, the executive secretary of the National Commission on Small Arms and Light Weapons, Afi Yakubu, outlined the implications of using unregistered weapons.

“In Ghana, we are governed by laws, it is not everybody who can go out and go to the market and buy a gun. That is why we don’t have gunshots displayed all over the place. There is a criterion to own a gun in Ghana and it is determined by a law that was established way back in 1962,” he said.

The Northern Regional Minister, Shani Alhassan Shaibu, who doubles as chairman of the security council, said conflicts elsewhere in Africa have escalated because of the rapid spread of illegal small arms and other light weapons.

He emphasised that conflicts in the West Africa and Sahel regions have escalated in recent years due to uncontrolled proliferation of small arms that are illegally found in the hands of the youth.

“As a council it is about time, we gave advocacy roles in educating the youth and general public on the dangers of illegal arms and the acquiring of them. The potential of disturbing the peace and stability in the region in particular and Ghana as a whole.

READ MORE:  V/R: Woman on her way to church killed in gory accident

“I wish to make a passionate appeal to all stakeholders to make illegal sales, trafficking of small arms and light weapons to the citizens in this region unattractive,” Mr Yakubu added.

According to him, “If you want to own a gun, you have to be 18 years and above. So, it means that those we’ve been seeing carrying weapons around may be going against the law. You must be of sane mind. Are you physically fit to operate the weapon? Do you have a clean criminal record?”

Sekondi-Takoradi declared the epicentre of Covid- 19 in Western Region

People working in these professions are most likely to have extra-marital...

Duffuor rejects wicked claims he is NPP mole in NDC