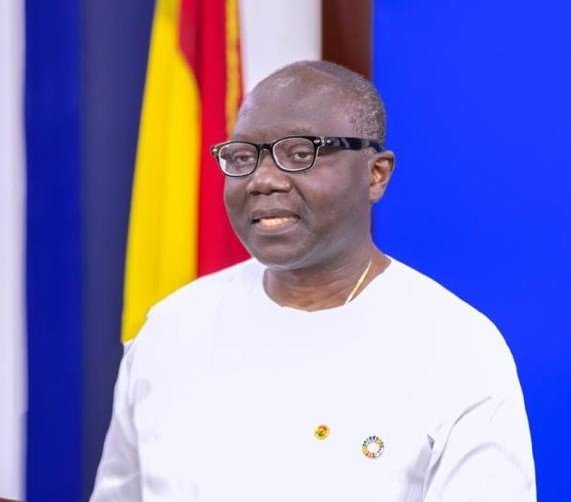 Feeling more important or better than the seasoned Finance Minister or any other person for that matter is tantamount to abominable and dangerous show of dangerous precedence that can have no place in heaven!

Like a prostitute that reads a newspaper when you are busy sweating your dignity away as she asks every other second whether you’re done while she bursts the bubbles of a heavy strawberry chewing gum in her crimson painted mouth, Ghanaian parliamentarians have lost all sense of patriotism, loyalty, and duty to the motherland.

Of course, the worst are the one-minute practitioners on the NDC divide, although we have conniving hypocrites and carefree rascals on our side, too. So, this is Akufo-Addo’s second and last term, which we are all fighting to make a huge success of despite our individual existential crisis and general exigent circumstances that Ghana finds herself in. Regardless though, many have found a way to scheme to bring their own government into a broil over incontinent issues as the exogenous we are dealing with.

The 80 MPs who decided to break camp in their desire to appear as protagonists of good faith could not have assembled out of mere coincidence. There were plots and plans, and a decision had already been taken as to who to lobby for to read the budget. Now here is where it gets tricky; the hung parliament that threatened to delay the swearing in of His Excellency Nana Akufo-Addo (I am so proud of him) on January 7, 2021, must have been a master plan for events to follow. You see, in Parliament, theirs is all about making money, dubiously or by way of the theft of constituency development moneys, or any other way possible, having no regard to the cleanliness of their wealth, which many try to clean by way of charity, much like eating filth and washing it down with dirty water.

Lobbying went on and Alban Bagbin was chosen as the Right Honourable Speaker of Parliament. The tag of honour is questionable, if you ask me, but why did we as a majority in Parliament capitulate to the demands of the NDC and the suggestions of Kyei-Mensah Bonsu. There and then, we created a crisis out of the clamour and gibberish of a dirty opposition. As time went on, the covid-19 pandemic weighed heavily on Ghana even as His Excellency the President implemented relief measures to alleviate the situation.

As soon as the tides turned against us with the onset of the Russia-Ukraine war and with the vicious attack of the West on Ghana for snatching the cocoa monopoly from their hands and refusing to play ball, credit rating agencies got the signal to prance on Ghana like big bullies on a small girlchild culminating in her rape. Usually, when they do that they wear the cloaks of ethics and carry their crosses to teach us here in Africa how to be good human beings. Nonsense! Coupled with rumours and speculations, they created the conditions that almost upset Ghana in her entirety.

READ MORE:  Prince Akyereko writes: Tax is a Necessity in the Development of Every Nation

The chance to implement phase II of the breakaway parliamentarians’ plot kicked into gear. The call was sounded for Hon Majority Leader to read the budget. The danger in this, as I perceive it to be, is that he is a legislator with little knowledge about budgets and the way they are formulated. To read the budget is not a problem, I can do that for my President so to speak, but the ability to understand it in its entirety requires people with numerical heads like Hon Ken Ofori-Atta, His Excellency the Vice-President, Hon Osafo-Marfo, and so on!

In this context, if they still insist that Ken should not read the budget, then I will advise that the Vice President does, if the constitution allows it, or Hon Osafo Marfo or the Trade Minster, Hon Alan Kyeremanten. Majority Leader should never be made to read the budget especially that many, many, many NPP folks suspect that he is behind our problems since the swearing-in of Nana Akufo-Addo. It is not my thought, but that of the multitudes in the NPP, which I am sharing with you. I pray that I am wrong, though! Happy as the Parliamentarians are to stab President Akufo-Addo in the back, the situation is turning into a deafening noise of empty barrels fighting amongst themselves to be the noisiest.

I say, “LET KEN READ THE BUDGET AND SEAL THE IMF DEAL as the President said, after which he will let you have it all. Then you can choose to further inflate your egos or deflate them! Whichever way, still, SHAME!

Bribery saga: The Member who was called by the judge is...

Partey makes everyone around him better – George Boateng