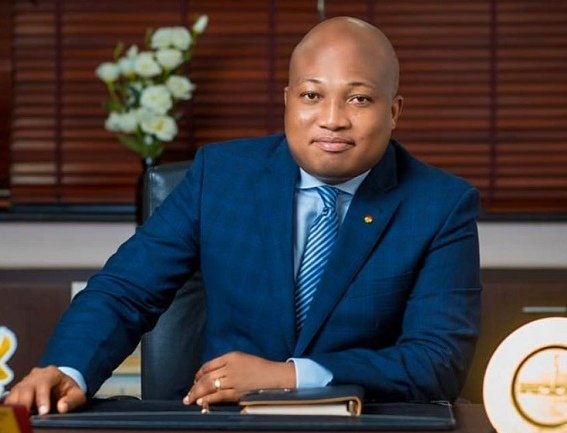 Have you ever smelled a foul odour, but never was able to identify the source? So many times does it happen to people, and when alone, you begin to suspect yourself. Well, the truth is that sometimes, one’s thoughts may be such rubbish laced with hellish traits that telepathy communicates them with their accompanying stench. Yes, you just might be smelling the filth in one’s mind. That is the power of the subconscious! Similarly, when a nasty person like Ablakwa appears amidst people, it is not necessarily his stench that may disgust them. The dirty thoughts that he harbours and the filthy shenanigans that he carries under his sleeve may be communicated telepathically in one way or the other!

Today’s sitting on the censure of Hon Ken Ofori-Atta was marred by the howl of this NDC hound, Samuel Okudzeto Ablakwa. The nerve to querry ken Ofori-Atta on corruption is a case  of unsettling abomination. 3ka s3n? Aaaah!

He was fresh out of university when Professor Atta-Mills of blessed memory gave him an appointment. Prior to that, even buying himself common pioto (underwear) was a challenge. However, it did not take long for him to begin amassing wealth in whatever ways and means. Soon, he was losing heavy amounts of money left in his car to drivers and ”honest thieves”, after all, loose money, they say, teaches the honest person how to steal. How much was his salary then? Prof Atta Mills did Ghana a great disservice by nurturing such a vile person that I hasten slowly to refer to as a human being!

Now, regarding corruption, he might as well tell us how he allegedly acquired over twenty articulated trucks and tankers, and where he got the funds to build himself so many fuel stations. These are the things that are alleged and known about him. He should tell us how he spends moneys given to him in trust for the North Tongu Constituency that he continues to tear with his sharp teeth.

I am not surprised that the Late JJ Rawlings described him and his cohorts as “greedy bastards” and babies with “sharp teeth”! Samuel Okudzeto Ablakwa cannot for a minute consider the nation and for the sake of honesty speak a word of truth. He does not know how to embrace his fellow countryfolks except if his sham benevolence inures solely to his direct benefit.

Was he not one of the beneficiaries of the double salary saga? It was alleged that he was! Just like the thin line that separates night from dawn, so also is there that distinguishes corruption from theft; and, yes, the collection of double salary is unbridled stealing. The problem I have with my own NPP government is that these thieves including their ring leader, John Mahama, were not prosecuted. But wait, did the double salary thieves not go on their knees to beg not to be prosecuted? Well, you can never trust the freaks in the NDC animal farm. They are known to bite the hand that is extended to them in peace!

I am not going to strip him naked any further, but what he must realise is that as he is spying the anus of someone through a perforated pantie, his is in total exposure to the world and beyond making him the subject of ridicule to be chewed and spat by all, the good the bad and the ugly! After all, his cases of corruption are caustic enough to shred his dignity and the very pantie he thinks is of better quality than the one he seeks to burn and sear. Nonsense!

Tribalization and Monetization of Ghana’s politics – Two devils that can...