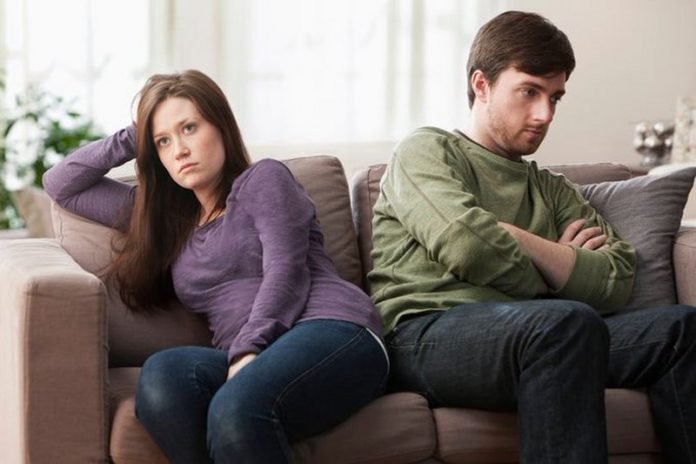 I’m a man in my mid-thirties and I’ve been married for five years. My wife and I didn’t know each other for very long before we go wedded.

We got together on a scuba diving holiday. We were both single and excited to be abroad and just kind of drifted into sleeping together, I guess.

When we got home, she moved into my place, I popped the question a couple of months later and we got married.

The thing is, for me, the spark we had when we met on holiday didn’t last long. I found myself regretting rushing into getting married and I started fantasising about other women.

I realise that makes me sound horrible, but I am really not a bad person.

For a few months now, I’ve been sleeping with a colleague which, again, I know sounds bad. The chemistry between us is off the charts, but it’s more than that – it feels as if we’re soulmates and like we’ve known each other forever.

She’s not putting any pressure on me, but I know I have to do something about my marriage.

I feel bad for my wife, who has no clue about any of this but she deserves better than me and she’s a good, caring person.

Please advise. I’m really suffering with the stress of it all.

Well, if it’s sympathy you’re looking for, you’ve come to the wrong place. Look, falling out of love with someone is not a crime. It happens. It’s life.

However, having an affair with someone else instead of confronting the problems in your marriage and being honest with your wife was a bad decision. It’s a betrayal and you owe it to her now to be honest.

You’re right, she does deserve better. And you need to give her the chance to move on by telling her how you feel about the marriage and what you want. You can’t stay with her out of pity or guilt – that’s not good for either of you. I sense you don’t want to be the “bad guy” because you make a point of saying you’re not a bad person.

I’m sure you’re not, but you have made a poor choice and now you need to own it and focus on how you end your marriage, which it sounds like you both jumped into too quickly.

It’s not going to be simple because ending a marriage isn’t easy and, if your wife has no clue how you feel, then it’s going to be a shock.

But tackle it sooner rather than later because the longer you carry on this affair, the more chance there is of your wife becoming suspicious and finding out what you’re up to.

Tips for planning a stress-free wedding